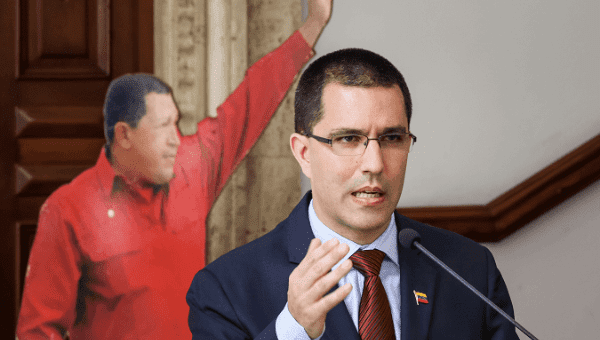 In a statement published Monday, Venezuela’s foreign ministry condemned the EU for its ‘blatant subordination’ to the U.S.

June 25 (teleSUR) Venezuela issued a statement Monday rejecting the European Union’s announcement of sanctions against 11 high-ranking officials in protest of President Nicolas Maduro’s reelection in the May elections, which were boycotted by some sectors of the Venezuelan opposition such as the Democratic Unity Roundtable, or MUD.

“The EU undermines political peace in Venezuela by meddling in its internal affairs and endeavoring to apply coercive measures against tranquility and dialogue between Venezuelans,” the statement by Venezuela’s foreign ministry reads.

The EU sanctions include travel bans and asset freezes against people close to President Maduro.

Venezuela’s foreign ministry also criticized the EU saying “it is surprising the blatant subordination of the EU to the Trump Administration, emulating its actions of aggression against Venezuela, designed by the most extremist and warlike sectors of that government.”

According to the EU the May 20 elections in Venezuela, which were accompanied by over 100 international observers, were not free or fair.

In response to the EU journalists Jeremy Fox, Calvin Tucker and Joseph Farrell, and scholar Francisco Dominguez of Middlesex University who observed the elections penned a letter to the High Representative of the EU for Foreign Affairs and Security Policy,  Federica Mogherini, rejecting EU comments on the elections.

The four international observers praised the Venezuelan voting system, which they called “fraud-proof,” and criticized the EU for acting “based on hearsay and not on evidence… It has not escaped notice that the EU was invited to send observers to the election and declined to do so. NONE of the criticism in your EU press release is, therefore, based on direct EU observation in the field,” the letter reads.

The main argument behind that assertion is that two popular opposition leaders and some political parties were unable to compete.

Leopoldo Lopez couldn’t run because he was sentenced to almost 14 years in prison for inciting to violence during the deadly 2014 protests. The other one is Henrique Capriles, who was sanctioned in 2017 by Venezuelan ombudsman Manuel Galindo over corruption charges when he was governor of the state of Merida.

Electoral restrictions did not amount to an inability to present a unified opposition candidate to reach what they have called an “electoral solution.”

Henry Ramos Allup, former president of the suspended National Assembly, offered his Democratic Action party to present a “united Venezuela” ticket in late January. Ramos Allup’s party was able to participate because it had successfully completed the revalidation process.

Nicolas Maduro obtained 5.8 million votes in the May 20 elections, that is four million more than main opposition candidate Henri Falcon, who decided not to heed calls for an electoral boycott.

“The Bolivarian government reiterates to the EU that Venezuela will not accept threats from any world power or group of countries coalesced with imperial reminiscences,” the statement concluded.