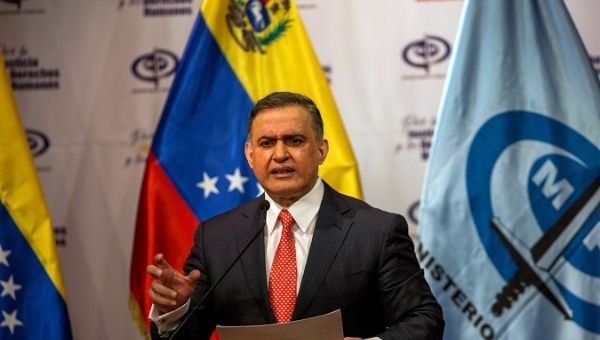 The persons involved in the attack are Yonathan Medina, Thais Valera, Andrea Rivas, and Eugenio Escalona.

So far 25 people are being investigated, while the government has requested 18 Interpol red notices for the arrest and extradition of people who participated in the failed assassination attempt and who are currently residing in Colombia, Peru, and the United States.

Saab emphasized the state has been able to identify the material authors, as well as the people who provided economic and logistical support. Authorities have recently searched nine homes and offices.

Venezuela has requested the support of other countries to deport people involved in the attack and to help Venezuela in their fight against terrorism.

The Venezuelan government has requested Colombia to extradite opposition legislator Julio Borges, retired colonel Oswaldo Garcia, Gregorio Yaguas, and Yilbert Escalona, all of whom are implicated in the attack.