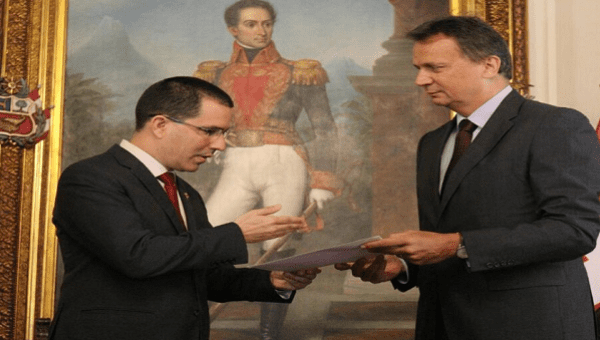 In a formal note to Chassot, the Venezuelan chancellor says that the economic sanctions and restrictions that the Swiss government placed on Venezuela last week “demonstrate the (Swiss) subordination to members of the European Union and the U.S. government.” Arreaza’s note reminded Chassot that the Swiss sanctions violate the fundamentals of the United Nations Charter that both countries signed.

The communique read that Switzerland’s move does not foment dialogue but solidifies extremist views that are using violence for solutions.
“Let’s remember that these measures threaten not only the stability of the Venezuelan people but also create difficulty for Swiss businesses operating in Venezuela,” communicated Arreaza on behalf of his government.

The Venezuelan government is demanding sovereignty in its internal affair and that the Swiss government ends its hostile blockade.