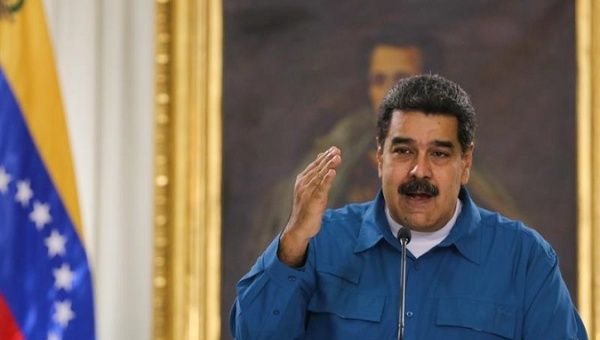 During a visit to Panama, United States Secretary of State told the region to be wary of Chinese investments.

Oct 20 (teleSUR) Venezuelan President Nicolas Maduro condemned Friday the comments made by United States Secretary of State Mike Pompeo, who urged Latin America and Caribbean country’s to be wary of Chinese investments in the region.

On Thursday, Pompeo, whose government has in recent days issued threats to Central American countries to ensure they stop a migrant caravan heading to the United States, said the region’s countries had to have their “eyes wide open” to keep Chinese investments from damaging their economies.

“In some parts of the world, China has invested and left the countries in a worse situation and this should never happen,” Pompeo said in an interview with Panamanian television station.

Pompeo’s statements are especially surprising considering the U.S. government has historically defended the interests of corporations such as Chiquita Brands (formerly known as the United Fruit company), which has been linked to paramilitary groups in Colombia, and oil giant Chevron-Texaco, whose operations in the Ecuadorean Amazon left over 30,000 victims due to pollution of their lands and waterways.

The administration of president Donald Trump has over the last year stepped up efforts to undermine Chinese influence and interest in the region. In Septemeber, the government of El Salvador told the U.S. that it must respect their decisions on foreign policy after the U.S. recalled its ambassador in response to a decision by Salvadoran President Salvador Sanchez Ceren to open diplomatic relations with China.

In late 2017, a military general referred to China as a great threat and in 2018 and in February 2018 the U.S. Pentagon identified China as a potential nuclear adversary. On that occasion, China’s Defense Ministry spokesperson Ren Guoqiang said: “We hope the U.S. will abandon a Cold War mentality and earnestly shoulder its special and prior responsibility for its own nuclear disarmament.”

Maduro called Pompeo’s warnings an “imperial scheme” and expressed his support for Panama’s President, Juan Carlos Varela, “who has decided to maintain strong relations with China.”

In recent year the region has turned to China for investments and loans, particularly because unlike the U.S. backed loans with international financial institutions such as the International Monetary Fund and the World Bank, China’s loans do not require changes in social and economic policies.