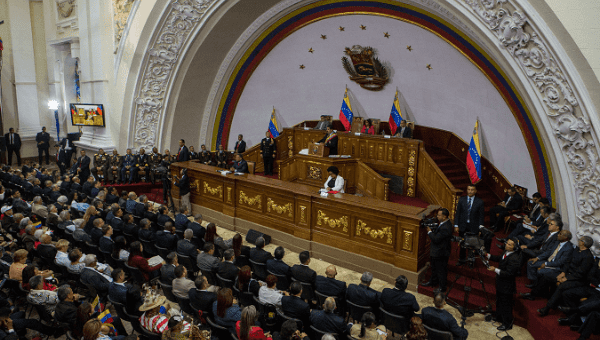 The measure seeks to promote investments in the country and fight against currency speculation.

Tareck El Aissami, vice president for the economy, announced that come August 20 “the country will be able to go to exchange houses and do all operations in a transparent, legal and safe way.”

On July 25 Venezuelan President Nicolas Maduro called on ANC president Diosdado Cabello to debate the initiative with all legislators to “allow the free flow of the investment the country needs.”

The measure also seeks to curtail the impact illegal currency exchange operators, who use “unrealistic” exchange rates, have on the South American country’s economy by fighting against speculation. The law allows the state to punish people who exchanged currency illegally to up to 15 years in prison.

ANC president Diosdado Cabello explained the law wouldn’t be applied retroactively but will not amount to the forgiveness of crimes committed under the previous currency control scheme.

El Aissami said the derogation of the law give individuals and companies guarantees for their participation in the country’s economy.

“This decree proposal responds to a concrete reality that seeks to support the functioning of national exchange mechanisms to overcomes and defeat the criminal rates of the economic war that has caused so much damage to our economy,” El Aissami said.