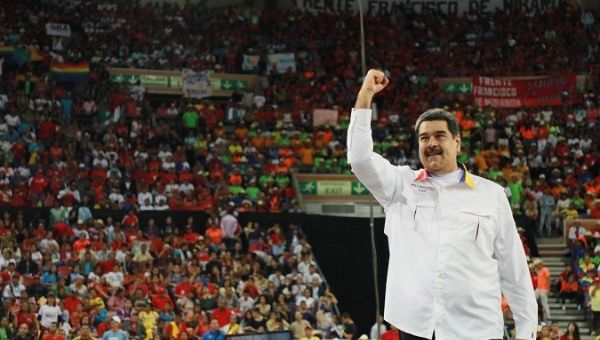 Venezuelan President Nicolas Maduro warns of imperialist plots to attack and invade Venezuela and urges its people for unity to resist. | Photo: @NicolasMaduro

Venezuelan President Nicolas Maduro has called upon his people to defend their Motherland against imperialist and interventionist agressions.

Dec 20 (teleSUR) President Nicolas Maduro, called upon national unity of Venezuelans to defend peace and the country’s independence against possible attacks from other governments of the Americas.

During the Bolivarian Congress of Peoples held in the Venezuelan capital, Caracas, the president urged the “national union to defend peace and independence, defend the right to life, the happiness of the people.”

President Maduro also warned about serious events that could occur in Venezuela, “from now on I say people unite and go to the streets, regain power and make a more radical Revolution, it is an order to the people.” 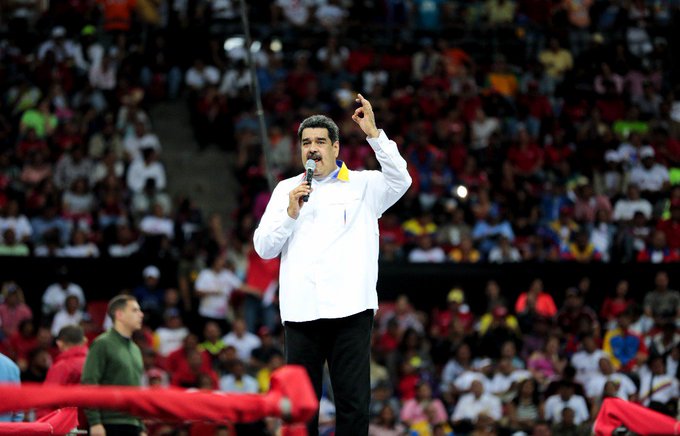 “The People’s Congress has three tasks for 2019: defeat the imperialists, oligarchs and traitors to achieve peace, fight for economic recovery, growth and prosperity of Venezuela, and face indolence, bureaucracy and corruption.”

The Venezuelan executive power asked the Venezuelan people and the Bolivarian National Armed Forces (FANB) to “be prepared for everything, to defend and guarantee the peace of the country under any circumstances,” adding that more than 80 percent of Venezuelans repudiate any foreign intervention.

The head of state reiterated that they do not want President Iván Duque getting involved in the affairs of his country. “(Ivan Duque) can not govern Colombia and wanting to govern Venezuela.” Maduro added that either “they are with the foreign cause against Venezuela or they are with the Bolivarian Government that I preside, that the whole world is defined, we are with the country or with the war empire,” the president said.

He also said that the Brazilian vice president-elect, Hamilton Mourao, said that in Venezuela there will be a coup d’état and, subsequently, the Brazilian government would send an army to prevail in that nation. “Here I am waiting for you with several million men and women, and with a FANB ready to defend the Constitution, independence and the Revolution, Mourao I’m waiting for you here,” told Maduro to Murao.