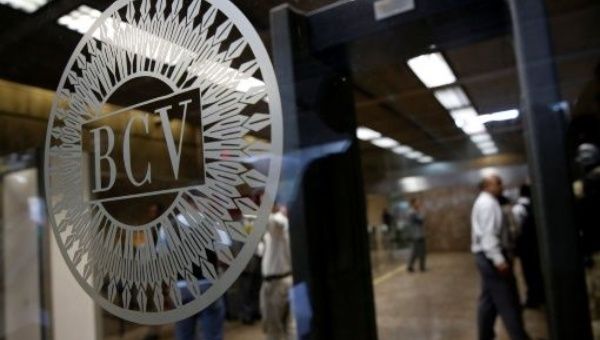 The new agreement enables public and private banks to deal foreign currency at a single rate set by the Central Bank of Venezuela.

Sept 7 (teleSUR) Venezuela has announced free currency exchange in a new agreement enabling public and private banks to buy and sell foreign currency at a single rate set by the Central Bank, the government announced Friday.

The move is intended to curb the currency speculation fueling inflation, Economy and Finance Minister Simon Zerpa said, and means “the entire financial sector will allow the Venezuelan population to sell and buy foreign currency for retail, to meet their personal needs.”

“The retail transactions that were being reserved exclusively for the exchange houses, now also go to the public and private banks,” Zerpa said, noting the current official rate of 61.3 bolivars to the U.S. dollar.

The announcement follows the recent launch of a new paper currency, the Sovereign Bolivar, and is part of the series of long-anticipated economic measures the government began rolling out on August 20.

As part of the new agreement, the Central Bank of Venezuela is obliged to centralize the purchase and sale of foreign currency from the export of national public companies, such as oil and natural gas giant PDVSA, while private export companies must pay the bank 20 percent of their profits.

“Entrepreneurs will be able to bring foreign currency to invest in Venezuela because we are providing all the conditions; the rules of the game are clear,” Zerpa continued.

He also warned that those who prefer to operate in the parallel and illegal market are “working in the shade, and also with a great financial and legal risk.”

“The new exchange system in Venezuela is open, transparent and designed for the development of the economy, private companies and individuals who decide to have access to foreign currency,” he concluded.

Since the new economic measures began coming into effect in August, US$4.3 million dollars have been traded on the official Dicom auction market, according to Caracas, with 3,097 individuals and 323 companies awarded foreign currency.

Currency controls were put in place by late President Hugo Chavez in 2003.