Posted on December 5, 2018 by Anthony Brenner 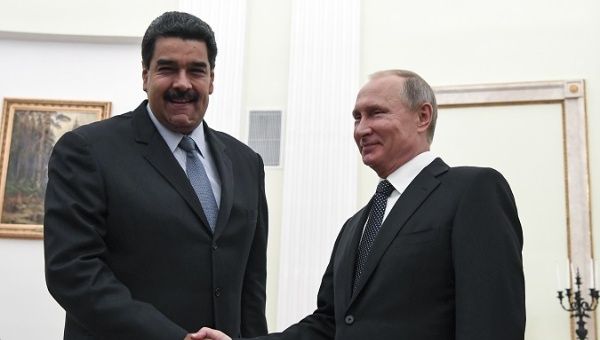 Dec 4 (teleSUR) “At this moment we are leaving for Russia to strengthen and expand our diplomatic relations and friendly ties between the brotherly nations,” Venezuela’s Nicolas Maduro tweeted late Monday before arriving into Moscow Tuesday evening local time as he prepares to meet with his Russian counterpart to strengthen political and economic ties.

The Kremlin said Tuesday that Russian President Putin and Maduro, will discuss financial aid for Caracas when the two meet in Moscow on Wednesday. The two leaders will also discuss oil and gas cooperation issues, Yuri Ushakov, Kremlin adviser, told a media conference in Moscow.

According to the Venezuelan president, he was planning to hold “a very intense and very important meeting” with Putin.

Maduro visited Russia last year when he met with Russian President Putin to discuss the bilateral cooperation as well as key issues of the international and regional agenda and took part in the Russian Energy Week 2017 forum.

Russia has been supporting Venezuela’s sovereignty and maintaining that the country should develop without external interference. 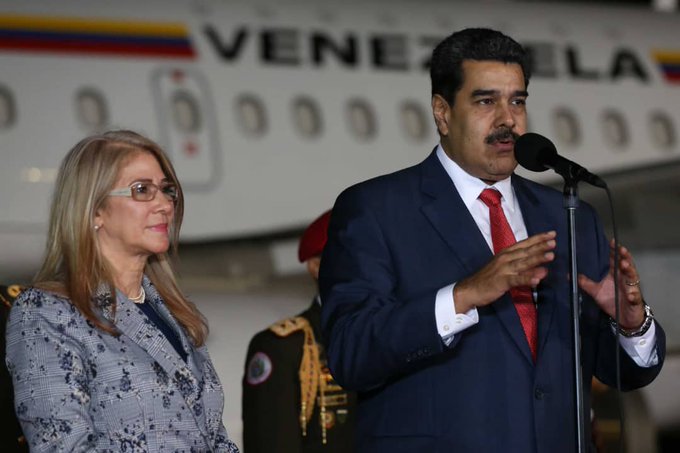 “Heading for the Russian Federation to hold a major working meeting with President Vladimir Putin. We’ll develop strategic plans for our countries within the framework of our Bolivarian Peace diplomacy and the construction of a multipolar world.”

Officials from both countries have been holding bilateral meetings on various levels to strengthen their ties.

In late September, the United States imposed a new set of sanctions on Venezuela targeting President Maduro’s wife and his top officials, including the country’s vice president and the minister of defense.