USA To Vote against Resolution Condemning US Blockade against Cuba

Posted on November 1, 2017 by Anthony Brenner 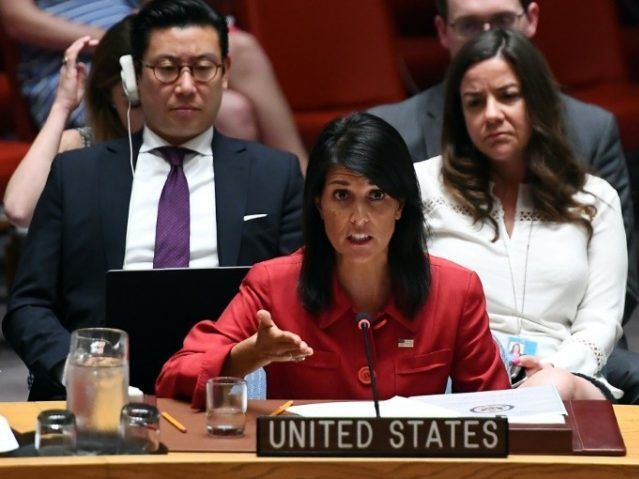 Washington, Oct 31 (Prensa Latina) The United States will return to its traditional position supporting the blockade against Cuba and will challenge the international community by voting in the United Nations against the resolution that condemns this policy, said today the State Department.

Spokesperson for the State Department Heather Nauert said today that U.S. Ambassador to the UN Nikki Haley will vote tomorrow against the resolution that Cuba presents since 1992 to demand the end of the economic, commercial and financial blockade kept for more than 55 years.

On each of these occasions, the United States spoke out against the Cuban resolution, despite the majority support of the international community for the Cuban document and only in 2016, for the first time in the history of resolutions, the administration of Barack Obama (2009-2017) decided to abstain.

Thus, 191 countries supported Cuba’s claim a year ago asking for the end of the blockade and no member opposed the claim, with the only abstentions of the United States and Israel.

At that time then US Ambassador to the UN Samantha Power said that for more than 50 years the United States kept a policy aimed at isolating Cuba, and instead the blockade isolated the United States, even within the UN.

This statement was reiterated today by 10 Democrat senators who urged President Donald Trump to abstain again regarding the resolution against the blockade, which they described as failed and publicly condemned by the international community and harmful to the Cuban people.

Trump’s stance on Cuba was announced on June 16th, when he signed a memorandum in Miami, Florida, to reverse various of the rapprochement steps taken by the administration of his predecessor Obama.