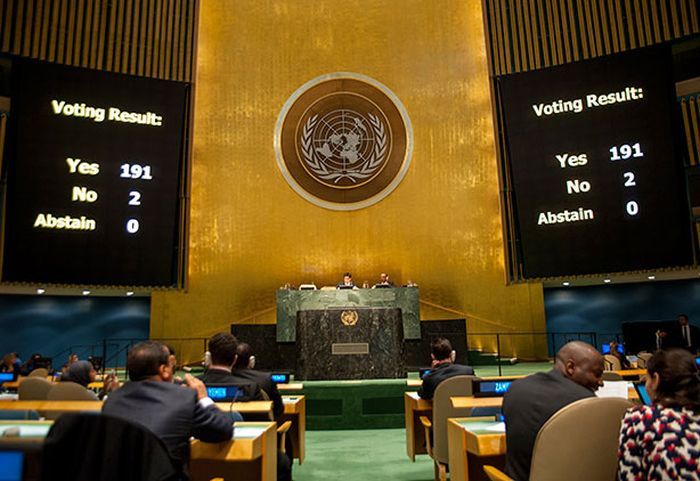 On Nov. 1 the General Assembly of the United Nations once again condemned the US economic, financial and commercial blockade on Cuba, with 191 nations voting to end the blockade.

Washington, Nov 8 (Prensa Latina) The Engage Cuba coalition, promoter of the rapprochement between the United States and the Caribbean nation, described today as deeply regrettable the issuance of new restrictions against the island guided by the agenda of two members of the Congress.

Donald Trump’s administration announced that from tomorrow it will implement additional regulations to limit the travel of U.S. citizens to Cuba as well as the financial transactions betwee n U.S. citizens and close about 180 Cuban entities.

It is deeply regrettable that this decision was based on the policy and personal agenda of two members of Congress, and not on a genuine concern for the Cuban people, which supports the rapprochement with the United States, the president of the group James Williams affirmed in a statement.

Although he does not specifically mention the names of these two legislators, he seems to allude to Senator Marco Rubio and Congressman Mario Díaz-Balart, considered the main responsible for Trump’s position on the island.

According to the head of Engage Cuba, today’s announcement will only make it more difficult for U.S. citizens to travel to Cuba and support the growth of the private sector, which Trump said to support last June 16 during his controversial speech in Miami, Florida, where he announced the position of his government about Cuba.

According to Williams, these additional regulations on U.S. companies will simply make it difficult to do business in Cuba, which will cause the United States to stop generating billions of dollars and thousands of jobs.