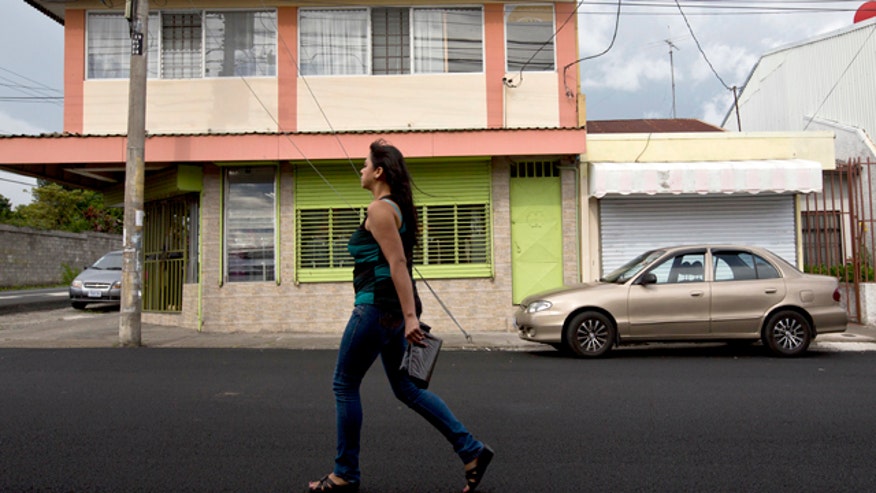 WASHINGTON –  An Obama administration program secretly dispatched young Latin Americans to Cuba using the cover of health and civic programs to provoke political change, a clandestine operation that put those foreigners in danger even after a U.S. contractor was hauled away to a Cuban jail.

Beginning as early as October 2009, a project overseen by the U.S. Agency for International Development sent Venezuelan, Costa Rican and Peruvian young people to Cuba in hopes of ginning up rebellion. The travelers worked undercover, often posing as tourists, and traveled around the island scouting for people they could turn into political activists.

In one case, the workers formed an HIV-prevention workshop that memos called “the perfect excuse” for the program’s political goals — a gambit that could undermine America’s efforts to improve health globally.

But their efforts were fraught with incompetence and risk, an Associated Press investigation found: Cuban authorities questioned who was bankrolling the travelers. The young workers nearly blew their mission to “identify potential social-change actors.” One said he got a paltry, 30-minute seminar on how to evade Cuban intelligence, and there appeared to be no safety net for the inexperienced workers if they were caught.

“Although there is never total certainty, trust that the authorities will not try to harm you physically, only frighten you,” read a memo obtained by the AP. “Remember that the Cuban government prefers to avoid negative media reports abroad, so a beaten foreigner is not convenient for them.”

In all, nearly a dozen Latin Americans served in the program in Cuba, for pay as low as $5.41 an hour.

The AP found USAID and its contractor, Creative Associates International, continued the program even as U.S. officials privately told their government contractors to consider suspending travel to Cuba after the arrest of contractor Alan Gross, who remains imprisoned after smuggling in sensitive technology.

“We value your safety,” one senior USAID official said in an email. “The guidance applies to ALL travelers to the island, not just American citizens,” another official said.

The revelations of the USAID program come as the White House faces questions about the once-secret “Cuban Twitter” project, known as ZunZuneo. That program, launched by USAID in 2009 and uncovered by the AP in April, established a primitive social media network under the noses of Cuban officials. USAID’s inspector general is investigating that program, which ended in September, 2012.

Officials said USAID launched “discreet” programs like ZunZuneo to increase the flow of information in a country that heavily restricts it. But the AP’s earlier investigation found ZunZuneo was political in nature and drew in subscribers unaware that the service was paid for by the U.S. government.

“USAID and the Obama administration are committed to supporting the Cuban people’s desire to freely determine their own future,” the agency said in response to written questions from the AP. “USAID works with independent youth groups in Cuba on community service projects, public health, the arts and other opportunities to engage publicly, consistent with democracy programs worldwide.”

In a statement late Sunday, USAID said the HIV workshop had a dual purpose: It “enabled support for Cuban civil society while providing a secondary benefit of addressing the desire Cubans expressed for information and training about HIV prevention.”

Both ZunZuneo and the travelers program were part of a larger, multimillion-dollar effort by USAID to effect change in politically volatile countries, government data show. But the programs reviewed by the AP didn’t appear to achieve their goals and operated under an agency known more for its international-aid work than stealthy operations. The CIA recently pledged to stop using vaccine programs to gather intelligence, such as one in Pakistan that targeted Osama bin Laden.

The travelers program was launched when newly inaugurated President Barack Obama’s administration was talking about a “new beginning” with Cuba after decades of mistrust, raising questions about whether the White House had a coherent policy toward the island nation.

Drawing on documents and interviews worldwide, the AP found the travelers program went to extensive lengths to hide the workers’ activities. They were to communicate in code: “I have a headache” meant they suspected they were being monitored by Cuban authorities; “Your sister is ill” was an order to cut their trip short.

“We worked it so that the government here didn’t know we were traveling to Cuba and helping these groups,” said Yajaira Andrade, a former administrator with a Venezuelan organization. “Because that was when (President Hugo) Chavez was in power, and if he had known about us — that some Venezuelans were working to stir rebellion — we would have been thrown in jail.”

To evade Cuban authorities, travelers installed innocent-looking content on their laptops to mask sensitive information they were carrying. They also used encrypted memory sticks to hide their files and sent obviously encrypted emails using a system that might have drawn suspicion.

It is illegal in Cuba to work with foreign democracy-building programs. Nevertheless, one contract was signed days after Gross’ detention.

“They arrested a contractor from another agency. That could be dangerous,” one Skype message between two project workers would later read. “Thank God he’s not one of ours.”

Documents show Creative Associates approved the use of the travelers’ relatives to carry cash to the Cuban contacts. But the family members weren’t to be told that the funds were from the U.S. government.

Hector Baranda, who was a college student in Cuba when he was befriended by a group of traveling Venezuelans, said he was surprised to hear from the AP they were working for the U.S. government and had profiled him.

“How would you feel if you offered your sincere friendship and received this kind of news?” Baranda asked.

The travelers’ project was paid for under the same pot of federal money that paid for the ZunZuneo program. But USAID has yet to provide the AP with a complete copy of the Cuban contracts under a Freedom of Information Act request filed more than three months ago.

Former Secretary of State Hillary Rodham Clinton, who was in office during the program and is a likely Democratic presidential candidate in 2016, said in her new book “Hard Choices” that she was pleased “to see change slowly creeping into the country.”