UN Adopts Cuban Resolutions on Peace and Rejection of Mercenaries 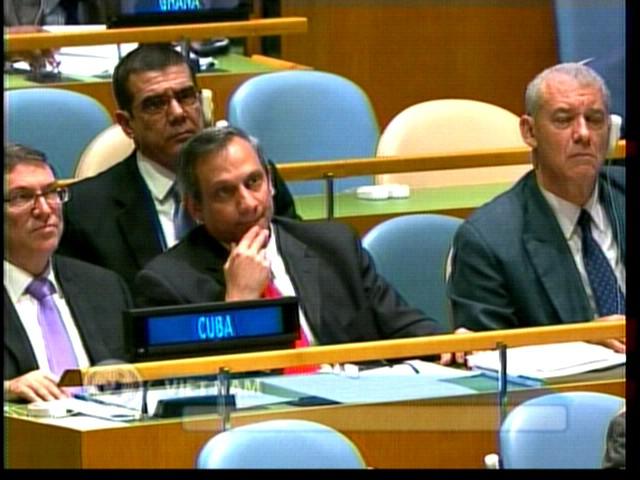 United Nations, Nov 18 (Prensa Latina) The Third Committee of the UN General Assembly has adopted today by large majority two draft resolutions submitted by Cuba, which advocate for the right to peace and reject the use of mercenaries.

The text of the Declaration on the Right to Peace was supported by 116 countries, 34 rejected it and 19 abstained, following a vote requested by the United States, despite Cuba’s call to adopt it by consensus, considering the importance of the issue for humanity.

As usually occurs here, given the marked difference in positions between the North and the South, the document has been supported by the nations of Africa, Latin America and the Caribbean and Asia. Australia, Canada, the United States, Israel, Japan, New Zealand, South Korea and the members of the European Union were opposed.

The initiative states that all people should enjoy the right to peace, in order to guarantee human rights and development, without exclusion.

It also calls on the States to respect, implement and promote equality, justice and non-discrimination; and defend tolerance, dialogue, cooperation and solidarity.

Cuba’s project has been already adopted at the Human Rights Council in Geneva in July, when the international community was called for the first time to declare the existence of the right to peace on a planet scourged by wars, conflicts and crises, which cause suffering to tens of millions of human beings.

The Cuban delegation defended in the vote the right of all inhabitants of the planet to live without the impact of the scourge of war.

This draft resolution introduced by Cuba, with the co-sponsorship of Angola, Belarus, Bolivia, China, Chile, Ecuador, India, Nicaragua, Nigeria, Syria, Uruguay, Venezuela and other States, obtained 117 votes for, 51 against and 5 abstentions.

Cuba has presented a similar initiative every year at the Third Committee.

Both projects will be submitted next month to the decision of the UN General Assembly, in the context of its 71st Session.