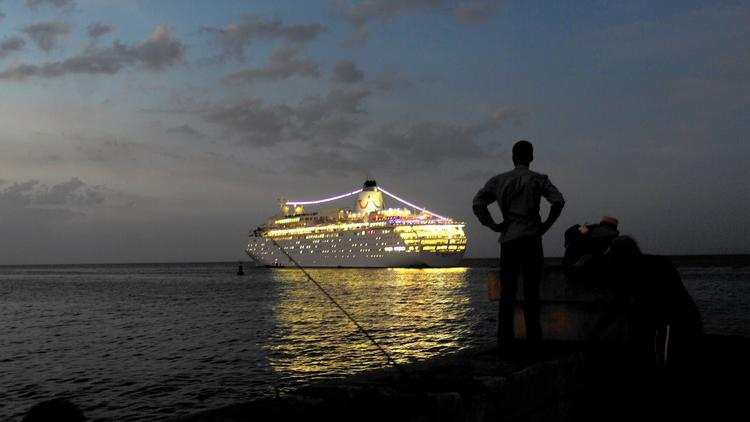 A Canadian cruise operator wants to see more Americans aboard its Cuba cruises.

On Monday, Cuba Cruise announced that Americans can now legally book its Cuba around-the-island cruises that depart Havana or Montego Bay, Jamaica, through a U.S. travel agent in addition to directly through the company or an approved U.S. tour operator partner.

The move comes in the wake of the U.S. government’s recent loosening of travel restrictions to Cuba that introduced new general licenses for 12 categories of authorized travel to the Communist-led country.

These licenses no longer require a formal application, prior permission or post trip report to a U.S. official, making it easier for Americans to travel to Cuba to visit family, participate in educational and religious activities and humanitarian projects, among other qualified reasons.

Cuba Cruise’s people-to-people cruise program, offered in partnership with the nonprofit Fund for Reconciliation and Development, qualifies as an educational opportunity under these new general licenses, the Calgary cruise operator said.

“Participants in our educational program have a unique opportunity to move comfortably and efficiently between four distinct regions of Cuba aboard the Louis Cristal cruise vessel,” John McAuliff, the nonprofit’s executive director and coordinator of the Cuba/US People to People partnership, said in a statement. “We’re proud to provide Americans with a new way to visit Cuba … during an exciting time of opening between our nations.”

Once the U.S. travel agent books the Cuba Cruise trips, customers have to register directly with the New York-based nonprofit agency. Passengers then will receive letters from the nonprofit advising them that they qualify for travel to Cuba under its general license.

The cruise program departs from Havana on Mondays and from Montego Bay, Jamaica, on Fridays through March 30. Cruise-only rates for the seven-night sailings start at $660 per person double occupancy, plus a $75 registration fee.

Passengers sail aboard the 1,200-passeger Louis Cristal cruise ship, which offers 480 staterooms and suites, multiple restaurants and bars, a disco, casino, fitness center and beauty salon, among other amenities

Americans who choose a “cruise only” package have to purchase airfare to Havana through an approved charter service departing select U.S. cities such as Fort Lauderdale, Miami and Tampa. Or they can book scheduled flights to and from Montego Bay to catch the cruise there. A “cruise and air” package provides flights to and from Toronto to Havana, but airfare between the U.S. and Canada is additional.

Some European operators like Fred.Olsen Cruise Lines, Thomson Cruises and Noble Caledonia also offer port calls to Cuba on Caribbean itineraries, but American-owned cruise lines are still prohibited from doing this because of the U.S.-Cuba trade embargo and general tourist travel restrictions that remain in place.

Cuba Cruise launched in January 2013 to offer travelers a unique opportunity to experience Cuba’s history and culture. The company said it’s seeing a surge in interest from the U.S. and expects to sell out its remaining 2015 departures soon.