U.S. lawmakers seek to end restrictions on travel to Cuba 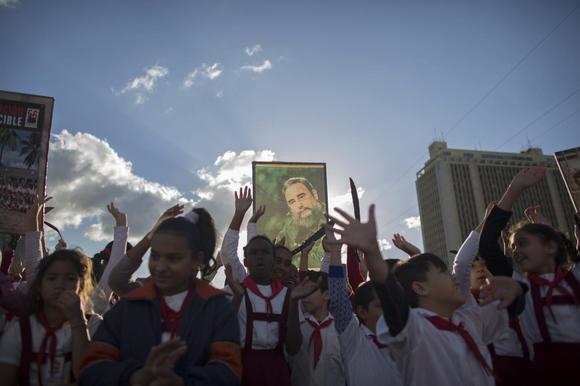 The bill would end legal restrictions on travel to the island by U.S. citizens and legal residents, as well as on related banking transactions.

The Obama administration announced some loosening of restrictions on travel last month, but Congress must vote to end them.

They acknowledged Cuba will not change overnight, but called Thursday’s announcement an important step.

“We’re not offering a concession. We’re simply saying that Americans should be allowed to have the right to travel wherever they would like to unless there’s a compelling national security reason,” Flake said.

Moran is from Kansas, Enzi Wyoming and Boozman Arkansas. Although Republicans are generally more resistant to the changes in Cuba policy backed by Obama, a Democrat, lawmakers from farming states generally favor moves that could lead to more open Cuban markets.

The senators said there was bipartisan support in the Senate for ending the travel ban, possibly enough to pass it if the chamber’s Republican leaders allow it to come up for a vote.

A total end to the embargo will not happen any time soon, they said.

There has been vocal opposition to any ending of Cuba’s isolation in the U.S. Congress, led by staunchly anti-Castro Cuban-American lawmakers including Republican Senator Marco Rubio and Democratic Senator Robert Menendez.

Opponents of Obama’s plans have so far not announced any legislation seeking to stop them. There will be hearings on Cuba next week in both the Senate and House.

Obama and Cuban President Raul Castro announced on Dec. 17 they would work toward normalizing relations between their countries, more than half a century after Castro’s brother Fidel took power.

Castro set a tough tone on relations with the United States in a speech on Wednesday, warning that any U.S. interference in Cuba’s internal affairs would make rapprochement meaningless.