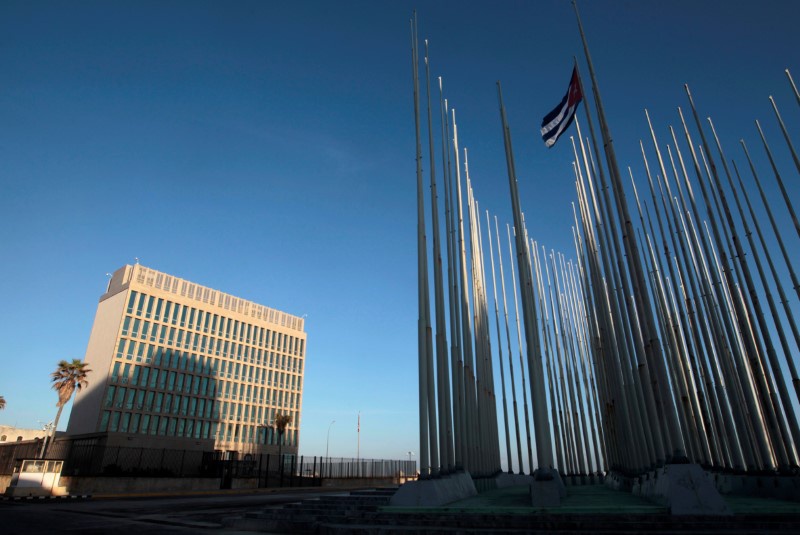 HAVANA/WASHINGTON (Reuters) – A bipartisan group of U.S. senators reintroduced legislation on Thursday to repeal all restrictions on travel to Cuba, this time attracting far more co-sponsors in a sign of growing support for U.S.-Cuban detente even as its future looks uncertain.

The Freedom to Travel to Cuba Act was introduced in 2015 by eight Republican and Democratic co-sponsors but never made it to the floor. The latest measure attracted 55 co-sponsors.

While efforts to ease the decades-old U.S. embargo against Cuba have been gathering strength and 55 votes would be a majority in the 100-member Senate, that number falls short of the 60 needed to advance the legislation. There was no indication the chamber’s Republican leaders would allow the measure to come up for a vote.

Republican President Donald Trump threatened during his 2016 election campaign to reverse a normalization of ties with the Communist-run, Caribbean island initiated in 2014 by Democratic President Barack Obama. Trump’s administration is reviewing U.S. policy toward the country’s former Cold War foe.

Obama eased trade and travel restrictions, fueling a boom in American visits to Cuba, although tourism was still not officially allowed.

On Wednesday, more than 40 U.S. travel companies and organizations urged Trump not to roll back expanded U.S. travel to Cuba.

“It is Americans who are penalized by our travel ban, not the Cuban government,” said U.S. Republican Senator Jeff Flake, who with Democratic Senator Patrick Leahy led the group that co-sponsored the bill.

Flake added that lifting the ban would give Americans more freedom but also benefit the Cuban people.

“This is certain to have positive benefits for the island’s burgeoning entrepreneurial and private sector.”

The number of U.S. visitors rose 74 percent last year, boosting business for Cuban hotels, BnBs, restaurants and taxis but also U.S. cruise operators and airlines that entered the market over the past year.

“We applaud Senators Flake and Leahy for their leadership in supporting the American and Cuban people by eliminating archaic, outdated policy,” said James Williams, president of the Washington-based Engage Cuba group.

They say the United States should not make travel to Cuba easier before the Havana government moves toward democracy.

(Reporting by Sarah Marsh in Havana and Patricia Zengerle in Washington; Editing by Peter Cooney)