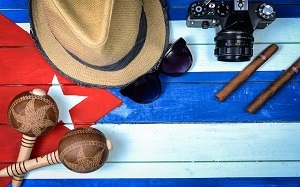 The U.S. Grains Council has been reassessing its work with Cuba and the Cuban grains market since late 2014. | File photo

U.S. officials had the opportunity to promote the advantages of purchasing U.S. coarse grains and co-products to a delegation of grain importers and officials from Cuba.

Cuba has purchased corn from the United States since the early 2000s, but sales have lowered since then due to competition and the ongoing embargo.

“We are continuing to assess how to best serve Cuba’s needs as its economy shifts and restrictions begin to fall,” U.S. Grains Council (USGC) Chairman Alan Tiemann said. “The team’s visits this week will help establish relationships and provide them basic information about the U.S. grain-buying system that is essential to enhance U.S. competitiveness.”

The Cuban group visited Washington, D.C, St. Louis and New Orleans to get a wide variety of opinions on U.S. marketing, handling, transportation and export systems.

“These face-to-face interactions with key contacts will help to highlight that the United States is able to be the reliable long-term supplier they need and establish a strong foundation for future dealings,” Tiemann said.

The USGC has been reassessing its work with Cuba and the Cuban grains market since late 2014, when President Barack Obama’s administration publicly announced it was starting to take steps to get rid of restrictions on company and individual interaction with Cuba.