Washington, D.C.—The Washington Office on Latin America (WOLA) calls on the Obama administration to negotiate with the Cuban government to secure the release of USAID contractor Alan Gross, who has been imprisoned in Cuba for four years and faces another 11 years of his sentence. 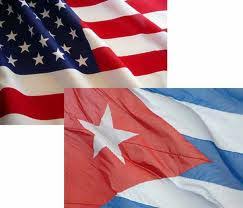 US government should negotiate with cuba

Today, Mr. Gross’s lawyer stated that he plans to come home to the United States within the next year “dead or alive.” In desperation, Mr. Gross recently undertook a risky hunger strike in an attempt to provoke a response from the administration; after ending the hunger strike, he promised that “there will be further protests to come.”

The need for a new approach to the case of Mr. Gross has been apparent for some time. In November, 66 senators sent a bipartisan letter urging President Obama to “act expeditiously to take whatever steps are in the national interest to obtain his release.” Mr. Gross has personally appealed to the President, as has his wife Judy.

The Obama administration has repeatedly asserted that Mr. Gross’s imprisonment is unjust and demanded that the Cuban government release him “immediately and unconditionally.” For its part, the Cuban government has refused to do so while stating that it is prepared to negotiate with the United States about Gross’s case.

The recent developments in the case of Mr. Gross underscore the urgent need for action on the part of the U.S. government. WOLA calls on the Obama administration to take all steps available to secure Mr. Gross’s release, including but not limited to appointing a high-level envoy who is empowered to undertake discussions with the Cuban government and expeditiously negotiate the release of Mr. Gross; recognizing the issues important to the Cuban government in any negotiation, including the case of three Cuban intelligence agents in U.S. jails; and taking steps to improve the negotiating environment by decreasing the overall tension in U.S.-Cuban relations.