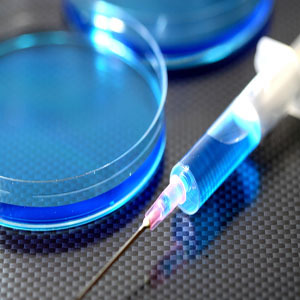 Researchers at the Buffalo, N.Y.-based Roswell Park Cancer Institute and Havana’s Center for Molecular Immunology are working together on new vaccines designed to fight specific cancers and currently are finishing applications to submit to the U.S. Food and Drug Administration so that clinical trials soon may start.

One of the new vaccines the partnership is working on would fight lung cancer, ranked by the American Cancer Society as the top cancer killer in the United States. The vaccine essentially would immunize people who are lung cancer-free, but who are at an elevated risk of getting it, according to Dr. Kelvin Lee, chairman of the Department of Immunology at the Roswell Park Cancer Institute.

Known as Cimavax, the vaccine doesn’t shrink tumors, but would stop cancer cells from growing and subsequently delay the spread of those cancer cells, according to Lee.

Lee recently spoke with Vaccine News Daily about the team’s efforts and where the researchers are in the process. The following discussion has been edited for length and clarity.

VND: We understand that Roswell Park has struck a deal with the Center for Molecular Immunology in Cuba to bring into the U.S. for study two vaccines developed at the Cuban organization – Cimavax and racotumomab. At what stages are you right now in studying these two vaccines?

Dr. Lee: Yes, we visited Cuba in April as part of Gov. Andrew Cuomo’s groundbreaking trade mission to Cuba. Our academic collaboration and exchange of ideas with the CIM actually goes back to 2011. As part of the trade mission, we signed an agreement with the CIM to move forward on clinical testing of CimaVax in the U.S., but we of course need to apply to the FDA for permission to do so.

We hope to conduct a phase I clinical trial of CimaVax in patients with advanced lung cancer and are in the process of finalizing and submitting an application to the FDA to offer this trial at Roswell Park.

We are interested in working with the CIM to offer racotumomab in a clinical trial, as well. A team of RPCI physicians and scientists has just come back from a three-day meeting with the CIM, during which we reached an agreement in principal to conduct clinical trials in the U.S. at Roswell Park of racotumomab, as well as three other novel immunotherapy drugs that the CIM has developed.

VND: What does the racotumomab vaccine treat, specifically?
Dr. Lee: Racotumomab induces an immune response against a molecule that is specifically found on a wide range of cancers, but is not found on normal human tissues. So there are very few side effects, since the anti-cancer immune response that is generated by the vaccine does not target normal, healthy tissues.

Our Cuban colleagues have done large-scale clinical trials in advanced non-small-cell lung cancer where it shows considerable promise in extending the life span of these patients (with little toxicity), and they also have clinical trial data that says it may also be effective for breast cancer, melanoma, and some nervous-system pediatric tumors.

VND: What other vaccines and inexpensive treatments do Cuban researchers have in the works that you are interested in?
Dr. Lee: In addition to CimaVax and racotumomab, we are working with CIM on three other immunotherapeutics they have developed:

1) The monoclonal antibody nimotuzumab, which targets the EGF receptor (not EGF itself, like Cimavax does), which in addition to blocking EGFR signaling in cancer cells appears to generate immune responses against the cancer. Nimotuzumab has been approved for use in a number of different countries and is in large-scale clinical trials in Japan;

2) The monoclonal antibody 14F7, which targets the same molecule as racotumomab does — but instead of vaccinating a patient, one can give them the 14F7 antibody as an infusion; and

3) VSSP, which is a nanoparticle that both enhances immune responses when given with a vaccine and also reverses the immune suppression that cancers cause.

Dr. Lee may be reached at: [email protected]