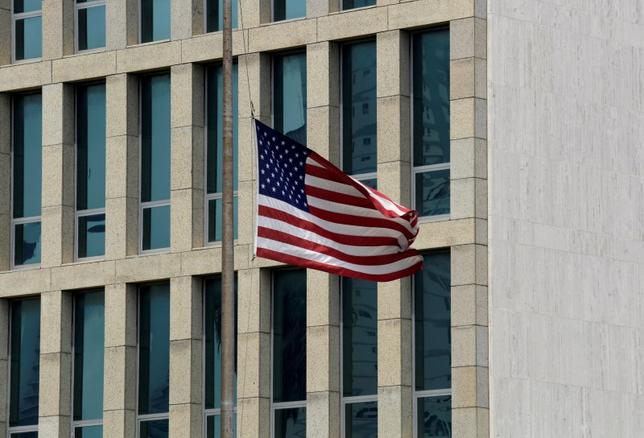 (Reuters) The United States and Cuba have concluded a “substantive” second round of talks on multibillion-dollar claims against one another in Washington and agreed to hold more regular meetings on the matter, a State Department Official said on Friday.The former Cold War foes had a first meeting outlining their respective claims in December in Havana as part of a deepening detente.

The issue is one of the key and complex obstacles to normalization of relations between the two countries.

“The second meeting was more substantive both in exploring more details about claims that need to be resolved but also in reviewing the practices of both countries in solving claims,” the State Department official told reporters on condition of anonymity.

“Both sides agreed they would have more regular meetings.”

There is no set date yet for the next meeting, which will place in Havana, in accordance with bilateral protocol, the official said.

Cuba wants at least $121 billion in reparations for economic damages caused by the U.S. trade embargo and at least $181 billion for “human damages.”

The United States has awarded its firms and individuals $1.9 billion worth of claims against Cuba for factories, farms, homes and other assets that were nationalized on the island after Fidel Castro’s rebels came to power in 1959.

Those claims are now roughly worth $8 billion when including 6 percent annual interest.

The Cuban government has reached settlements with other countries for expropriated assets but it cut off negotiations with the United States when bilateral relations soured in the 1960s.

Many of the nationalized companies no longer exist and individual claims have been passed to heirs.

The State Department official said the United States also is claiming $2.2 billion for court judgments outstanding against Cuba and hundreds of millions for former government mining interests on the island.

Cuba’s Foreign Ministry said in a statement the two countries had continued sharing information on their respective claims “with the aim of preparing the process of negotiation.”

(Reporting by Arshad Mohammed in Washington and Sarah Marsh in Havana; Editing by Bill Trott)