U.S. companies line up to do business in Cuba 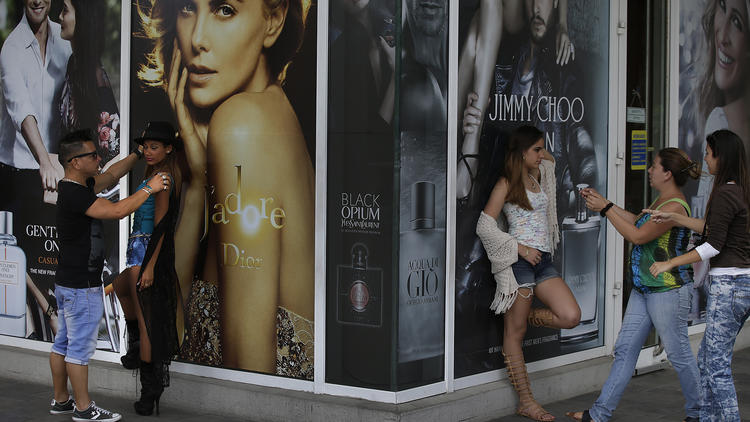 Chris Rosander was touring a mango grove in Cuba last year with a group of U.S. agriculture leaders when he had a revelation: “Why don’t we import mangoes from Cuba?”

Sun-Maid Growers, the California dried fruit company where he heads international market development, currently gets its mangoes from Thailand. Cuba, he said, is “90 miles from the U.S. instead of halfway around the world.”

Rosander is a part of a rush of American business leaders who see dollar signs in warming U.S.-Cuba relations, on display this week during President Obama’s historic visit to Havana.

As the U.S. eases its commerce and travel restrictions in Cuba — with President Obama calling for an end to the embargo now in its sixth decade — hundreds of airlines, hotel chains, telecommunication firms and other companies are jostling for a piece of the pie.

Thirteen U.S. airlines have applied for permission from the Department of Transportation to provide direct flights to Havana, and Connecticut-based Starwood Hotels and Resorts recently announced a contract to manage several hotels owned by the Cuban government. Carnival is already selling tickets for cruises that will dock in Cuban ports later this year, and Google is expected to announce plans to expand Internet access in Cuba.

Making the rounds in Havana this week were the chief executives of PayPal, which hopes to launch an online remittance service in Cuba, and Airbnb, which already offers 4,000 rental properties on the island.

And then there was singer and businessman Jimmy Buffett rubbing elbows at a cocktail reception with top White House advisors. He is said to be exploring the possibility of bringing his Margaritaville restaurant chain here.

“Cuba is a very romantic and sexy market right now,” said Alana Tummino, director of policy at Council of the Americas, a U.S. business organization that promotes open markets in Latin America and on a recent night cohosted a party for executives interested in doing business here.

In the courtyard of a restored Havana mansion, business leaders mingled with young Cuban entrepreneurs over mojitos and live music. On one wall hung several dozen painted dinner plates, each bearing an image of Fidel Castro in a different act of copulation — a none-too-subtle condemnation of the communist leader’s policies by Cuban artist Esterio Segura.

The heady scene recalled the free-market heyday of downtown Manhattan in the 1980s or Eastern Europe after the fall of the Soviet Union.

But for all the excitement about American investment in Cuba and the flood of new Cuban businesses that have opened after the government here relaxed its rules, significant hurdles remain.

The biggest is the U.S. trade embargo.

While the U.S. Treasury and the Commerce Department have made a series of regulatory changes — eliminating certain restrictions on remittances, facilitating trade in the telecommunication and agriculture sectors and allowing some U.S. companies to establish a physical presence on the island — most U.S. firms are still not allowed to invest in Cuba.

“The vast majority of executives who have come here have returned home empty-handed,” said Richard Feinberg, professor of Global Policy and Strategy at UC San Diego and the author of a new book called “Open for Business: Building the New Cuban Economy.” “Very few have actually signed deals.”

During his visit, Obama embraced Cuba’s small but burgeoning private economy, dining with his family at one of Havana’s new private restaurants and sitting down with local entrepreneurs and Brian Chesky, Airbnb’s CEO.

And while there is a class of Cubans excited about increased foreign investment, many express skepticism about whether an infusion of outside capital will improve the lives of everyday Cubans. That is especially true outside Havana, in places where fewer tourist dollars flow.

On the highway to the port city of Mariel, about an hour outside of Havana, a government sign promotes the town as “socialist, prosperous and efficient.” It’s a message slightly at odds with a newly created free-trade zone at the port, where international businesses operate with generous tax breaks.

Cranes lift massive containers onto large ships heading for Brazil and other countries, and an American-owned tractor factory is expected to open soon.

All the activity can be seen from a sleepy town called Boca across the bay. On a recent evening, Leonardo Valdez Diaz, 30, was smoking a cigarette on the waterfront there with friends, preparing to head out on a small boat for a night of tuna fishing.

He said the Cuban government needs to make more changes so everyone can benefit from the new economy. For instance, he would like to be able to cook and sell the fish he catches at whatever the market will bear, instead of being forced to sell it to the state at a price set by the government.

“For the capitalist foreigner, it’s a good thing,” said another man, Ricardo Gonzales Sani Esteban, 73. “But most people don’t see a thing.”