U.S. and Cuba: Marking a year of discovery 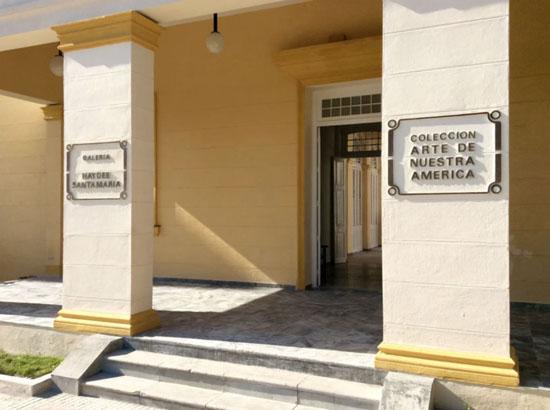 An historic return After 55 years of U.S.-Cuba isolation, American students returned to Havana to study and experience the history and culture of Cuba. There has never been a more opportune moment for U.S. institutions to engage their students with Cuba’s leading academic talent.

This fall, 29 American students spent the semester studying in Havana, the first cohort in a program offered by a consortium of nine U.S. universities. Kendall Brostuen directs Brown’s Office of International Programs and chairs the consortium’s Board of Directors. He writes about a significant moment for study abroad programs.

As the United States and Cuba mark the first anniversary of the official thaw in their relationship, the two nations continue the work of restoring normalcy. Formal diplomatic relations resumed last summer. Regular airline service between Cuba and the U.S. mainland is about to return, and international mail service will soon support direct communications.

All of this is welcome news to colleges and universities in the United States. After 55 years of significant isolation from Cuba, there has never been a more opportune moment for U.S. institutions to engage their students with Cuba’s leading academic talent. American students are traveling in increasing numbers to Havana, where opportunities to acquire a critical academic and experiential understanding of Cuba await them.

Months before the official thaw in December 2014, a consortium of leading U.S. universities — Brown, Columbia, Cornell, Dartmouth, Harvard, Johns Hopkins, Northwestern, The University of Pennsylvania, and Vanderbilt — was already well along with plans for a permanent presence in Havana.* The Consortium for Advanced Studies Abroad Cuba program (CASA–Cuba), led by Brown, was among the first U.S. organizations to establish dedicated center space to facilitate the cultivation of strong relationships with Cuban academic leaders.

CASA’s first cohort of 29 students enrolled this fall in a combination of prescribed CASA-courses delivered at the new center and direct enrollment courses offered at the University of Havana. They can be seen as young, reflective academic ambassadors during a time when thoughtful dialogue between the two countries is so needed. The center, developed in partnership with Casa de Las Américas, Cuba’s leading research institution on Caribbean and Latin American studies, is in the Vedado District of Havana, alongside the Malecón, the iconic seawall esplanade that runs from Vedado to the harbor in Old Havana. The consortium established its new home by renovating the Galería Haydée Santamaría, an early 20th-century art gallery. The gallery served for many years as a dedicated repository for Cuba’s permanent collection of art of the Americas, so it is fitting that, newly restored, it continues to serve an academic and a cultural purpose.

The Havana center is an important outcome of the U.S.-Cuba thaw, but it promises to be much more. CASA itself, a nonprofit academic consortium established in 2014, has also marked its first year. The Havana program is the first of what will become the consortium’s worldwide network of rigorous education abroad programs, all of them founded on collaborative relationships with the world’s most distinguished universities. Work is already underway to bring additional CASA programs in Spain, Argentina, and Chile on board by fall 2016.

As CASA’s students have discovered in Havana, international study — being there — presents a unique opportunity to develop a fundamental critical understanding not just of economic, social, and political issues but of rich artistic, cultural, and historical traditions that may speak to commonalities as well as to differences between and among nations and peoples.

Developing critical understanding is what higher education is designed to do. The emerging Havana program is a fresh reminder of how important that mission is and an appropriate way to mark the first anniversary of an historic effort by two neighbor nations to overcome decades of separation.

Kendall Brostuen, director of Brown University’s Office of International Programs,
chairs the Board of Directors of the Consortium for Advanced Studies Abroad.

* Each CASA member institution has full discretion with regard to the decision
to send its students to a given CASA program.