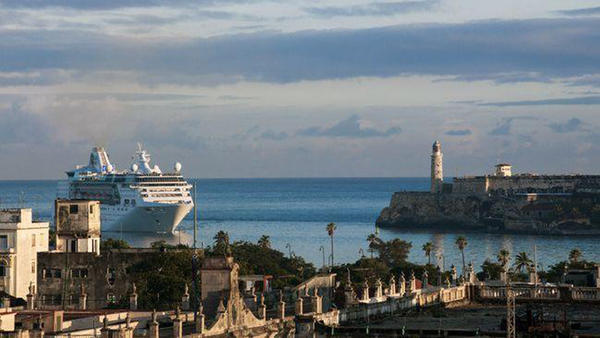 If you booked an ocean cruise or group tour to Cuba before President Trump announced his policy shift Friday, don’t panic.

Carnival Corp., the big dog in the Caribbean cruise world, on Thursday released a statement to reassure its passengers ahead of Trump’s announcement.

The company said it was pleased the policy changes “will allow our ships to continue to sail to Cuba.”

Katharine Bonner, senior vice president of high-end tour operator Tauck, was careful to point out in a phone interview Friday that no changes will take effect until new regulations are written by the Treasury Department’s Office of Foreign Assets Control.

“They’re basically saying If you’ve already paid money for a cruise or trip, then you are OK,” Bonner said.

Tauck, like other operators, will go ahead with two upcoming land tours to Cuba and a small-ship cruise in 2018. And, yes, they’ve had calls from clients concerned about the planned changes.

Among cruise companies, Carnival expanded Cuba itineraries on several of its lines this spring. (It operates Carnival Cruises, Holland America Line, Seabourn, Princess Cruises and others.)

“We will review the extent of the tightening of the travel rules, but our guests have already been traveling under the 12 approved forms of travel to Cuba …,” the company statement said.

Technically, travel to Cuba is illegal. But the U.S. government allows tourism that falls into 12 categories, including “people to people” cultural exchange tours, which cruises and tour operators currently follow.

That means organizing a “full schedule of educational exchange activities” to comply with the rules, Bonner said. Under the proposed changes, however, individual travelers will no longer be allowed to use the people-to-people category.

But back to cruises. If you want to go, here are some expanded offerings by major lines in 2017 and beyond.

Carnival Cruises started sailing to Cuba in June with four- and five-day voyages from Tampa, Fla., that include daytime and overnight stops in Cuba.

Royal Caribbean in May opened bookings for 58 cruises to Cuba between January 2018 and March 2019. It’s offering four- and five-night sailings from Tampa, with an overnight stay in Havana, aboard the Empress of the Seas.

Holland America Line also announced in May that it would begin cruises to Cuba in December aboard the Veendam. It plans to sail nine cruises, each seven days long, and stop at Havana and Cienfuegos, Cuba, as part of its Caribbean itineraries. It’s also planning a 12-day Christmas holiday cruise leaving Dec. 22 from Fort Lauderdale, Fla.