Trump Prolongs Blockade Against Cuba by Another Year 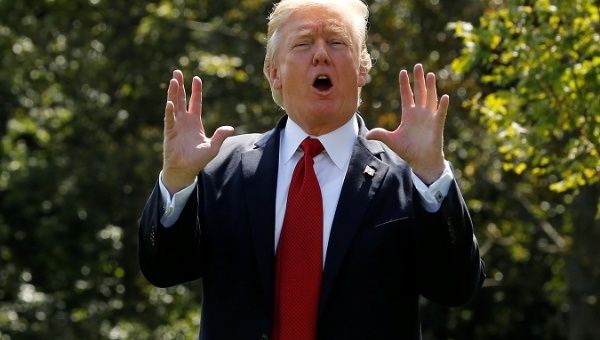 The U.S. President said that the measure “corresponds to the national interests” of Washington.

U.S. President Donald Trump announced an extension to his country’s economic blockade against Cuba for a year.

The meaure had been due to end September 14 but will remain in force until the same date in 2018 according to a statement issued by the White House.

The Trade with the Enemy Act is one of the six main statutes in place to enforce the U.S. blockade of Cuba.

The U.S. president explained in a memorandum that this measure “corresponds to the national interests” of Washington.

Trump announced in June that his administration would reverse the gains made by former President Barack Obama to normalize ties with Cuba. Some of these reversals had included the reopening of the Cuban embassy in Washington for the first time in 50 years, as well as the formation of 26 agreements between U.S. businesses and the Cuban government.

That move had also allowed airliners and cruise lines to provide travel to and from the island.

Under the blockade, however, business relations are restricted and there are new taxes on travel to Havana.

The Venezuelan Foreign Ministry issued a response expressing its “most categorical rejection” of the extension.

Venezuela’s Foreign Minister Jorge Arreaza said that the measure demonstrates the “arrogant and anachronistic” will of the current U.S. administration “against the people determined to forge their own path of identity and sovereignty.”

“The Venezuelan government and people express their deepest commitment to solidarity with the Cuban people in the face of this new imperialist aggression,” the statement concluded.