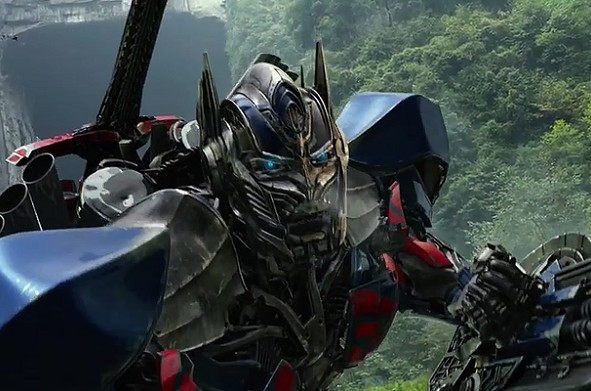 The fifth film of the robot movie franchise “Transformers” now has an official title and it’s going to be “Transformers: The Last Knight.”

Michael Bay is also back as director, contrary to previous reports that he has retired from the franchise after the fourth movie “Transformers: Age of Extinction” was shown in 2014.

Filming has also begun this week in Cuba, making “Transformers 5” as the second big budget Hollywood movie to shoot in the country following “Fast & Furious 8” last month. The two movies also became the first two US films to be shot in Cuba since America imposed a trade embargo on the Central American country back in the 60s.

Michael Bay confirmed the start of filming on his Instagram account and more behind-the-scenes images shall be expected from the director on his social media account soon, reports Movieweb.

Premiere destination for films and TV

After the US lifted its long-standing trade embargo and eased travel restrictions in the Central American country, Cuba is fast shaping up to be the new premier destination for TV and movie producers.

Critics, however, are wondering how “Transformers: The Last Knight” would play out in Cuba but it is likely that Michael Bay will bring his destructive hand to the country. Of course, it is possible that the destruction would be just through computer-generated imageries or CGIs.

Hasbro and Paramount also confirmed the casting of Josh Duhamel who shall return to the franchise as Lieutenant Colonel Lennox after skipping the fourth movie in 2014. Duhamel was part of the first movie, the second movie entitled “Transformers: Revenge of the Fallen” in 2009, and the third movie titled “Transformers: Dark of the Moon” shown in 2011.

With the confirmation of the return of Josh Duhamel, Tyrese Gibson reportedly wants to come back in the franchise too. Gibson and Duhamel were together in the first “Transformers” movie shown in 2007 and also the second.

Gibson made his intentions clear when he said in a pair of videos posted by Michael Bay on his Instagram account that Tyrese is getting itchy to be back in the first video and saying he was thinking in the second clip, notes Screen Rant.

The funny actor said that he wants to be back in the “Transformers” franchise because it is a whole lot of fun to be in it, the way he has become part of the “Fast & Furious” family.

He said he is ready to be back and that he always feel high being in the movie because of all the action, all of the big scenes, and all of the magical stuff that is going on in everyone’s head. He said that he likes to experience that feeling again and he is confident that it is going to be a lot of fun for him.

Since the video clips were posted by Michael Bay, many are saying that it would just be a matter of time when Tyrese Gibson will be back and become officially part of the cast of “Transformers: The Last Knight,” expected to hit theaters on June 23, 2017.

There have been also reports last year that Megan Fox is being considered to return to the “Transformers” franchise but the actress reportedly set a condition that she will only do so if Shia LaBeouf also agrees to return.

However, it seems unlikely for the producers to take back the problematic actor which means that the return of Megan Fox is almost next to impossible.

The rumors about Megan Fox returning for “Transformers 5” also stemmed from reports that franchise director Michael Bay has tapped his protégé Jonathan Liebesman to direct the film as the former has decided to take a backseat and be content with the production of the film.

Liebesman is the director of the 2014 sleeper hit “Teenage Mutant Ninja Turtles” that also featured Megan Fox. With the confirmation of the return of Michael Bay to the director’s chair, Liebesman is already out.

It seems also that the franchise’s search for a female lead character is now over as the producers have reportedly taken in Nickelodeon star Isabela Moner. She will be playing the role of Izabella who is described as a street-smart tomboy who grew up in an orphan and was raised in foster care.

She will be joining actor Mark Wahlberg who shall be reprising his role of inventor Cade Yeager. Izabella will be getting along with her life just fine until she got entangled along the way with Yeager, who as everyone knows, is an ally of the Autobots.

Izabella also counts a small Transformer as her only friend before she meets Cade Yeager. Rumors are rife that the Transformer friend of Izabella in “Transformers 5” is going to be Wheelie.

Wheelie is so small and has been popular with fans since his introduction in the second film as one of the friends of Sam Witwicky, the character played in the film series by Shia LaBeouf.

The film series has been criticized for its lack of female lead characters, given that the only three female Transformers appearing in the franchise were killed off in their first movie appearance.

Reports also have it that the producers’ decision to put Moner in place of the previous heroine roles of Megan Fox and Rosie Huntington-Whiteley’s lead female character is a good break to rectify the movie’s previous controversy concerning the franchise’s sexist portrayal of female leads.