Trade opportunity seen between Cuba and Port of New Orleans 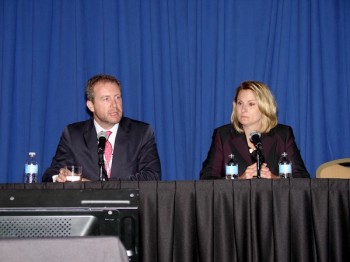 Significant potential exists for trade between Cuba’s Port of Mariel and the Port of New Orleans, but U.S. trade policy and Cuban economic hurdles stand in the way, according to opening addresses today at the Cargo Connections Conference in New Orleans.

Charles Baker, president and CEO of the Port of Mariel, said he perceives the three-year-old container facility on the northwest coast of Cuba, 26 miles west of the capital city of Havana, as the “new transport hub for the Americas” in “a very, very good location for a transshipment hub.”

However, he cited the current U.S. embargo requirement that, in most cases, ships must wait 180 days after leaving a Cuban port before calling at a U.S. port as a major impediment.

Baker said he believes there is light at the end of the proverbial tunnel as far as removal of U.S. trade policy hurdles under the Trump administration, adding, “We’re just not sure how far the end of the tunnel is.