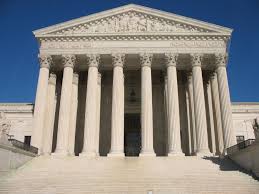 Thomas B. Wilner is one of the most famous lawyers in Washington and probably the only one who has won a couple of times a case in the Supreme Court of the United States.
Wilner was the spokesman for a group of American lawyers who had represented prisoners of various nationalities, illegally detained in Guantanamo Base. Among the prisoners there were 12 Kuwaitis, Wilner’s clients, who were tortured by American soldiers in Afghanistan and Pakistan before being sent to the base in Cuba.
As he recognizes, that prison remains a symbol of a country, the United States, which disregards the rule of law. “We must close Guantanamo, because it is expensive, inefficient, hurts our international position”, said Wilner, legal consultant of Shearman & Sterling law firm in Washington, and an American establishment man.
I think the President has presidential authority to return to Cuba the territory occupied by the Guantanamo Naval Base without seeking congressional approval. I would have to do more research to be completely sure, but I think he has unilateral authority to do that. What has been raised as an impediment for him to do so – the Helms-Burton Act – it is not in fact. In practice, even if the President has unilateral authority, it is very unlikely that any president, Democrat or Republican, would end a treaty like this without at least having the tacit approval of Congress.