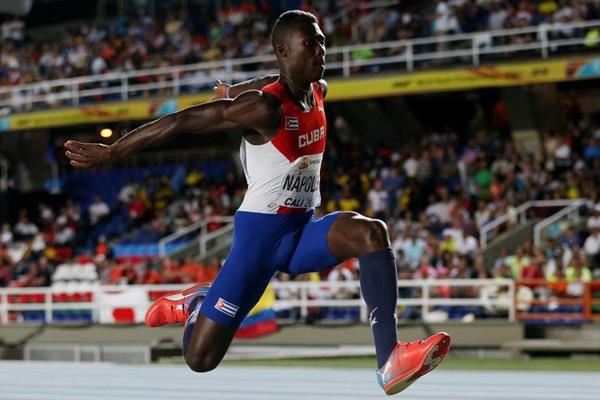 London, Aug 7 (Prensa Latina) Cuba managed today to place its three representatives in the final of the triple jump for men corresponding to the World Cup of London 2017, and they will be the only Latin Americans in the dispute of medals of this.

Cristian Nápoles achieved the best record, on having jumped 17,06 meters (fourth place in the list of finalists), while Andy Díaz achieved 16,96 (fifth), and Lázaro Martínez closed with 16,66, that closed the group of 12 finalists.

The 200 flat meters will have four representatives of Latin America and the Caribbean Sea: two Trinitarians and two Jamaicans.

Trinitarian Jereem Richards sat credentials, having stopped the clocks in 20.05 seconds, the best chrono between all the candidates.

With him, there will be compatriot Kyle Greaux (20.48) and Jamaicans Rasheed Dwyer (20.49) and Yohan Blake (20.39), the last one scarcely classificating the eleventh between the classified ones. The final of the triple jump is foreseen for next Thursday, as that of the double hectometer.