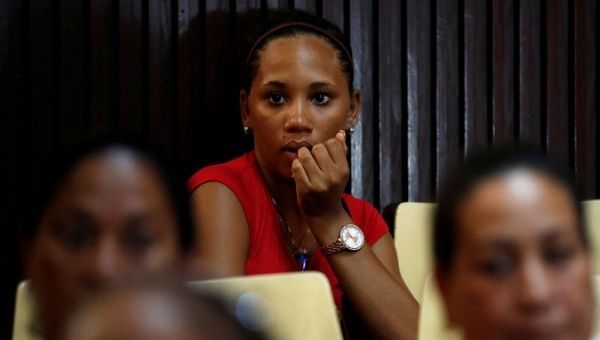 Since Aug. 13 over 111,000 recommendations have been made to Cuba’s draft constitution during the public consulate phase that ends next week.

Nov 5 (teleSUR) Cubans will have only until next week to participate in the nation-wide popular consults to add to the country’s draft constitution.

Secretary of the State Council, Homero Acosta, says that since Aug. 13, 111,872 Cubas have participated in public forums and have put forth some 600,000 suggestions and recommendations for the island nation’s draft constitution. They have until Nov. 15 to participate in the remaining hearings.

The issues of marriage and the role of the president are among the articles with the most comments. Article 68 of the draft declares marriage as the “voluntarily union” between two consenting people, rather than a man and woman, opening the way for legalizing gay marriage.

Article 121 limits presidential terms to two consecutive runs and says that the head of state must be 60 years old when first elected and will be chosen by the representatives of the National Popular Power Assembly.

Also getting a lot of feedback are the articles that protect labor rights, access to dignified housing and to legal counsel.

As with the vigilant constitution enforce since 1976, this draft reaffirms the socialist character of Cuba’s political and economic systems, places the Communist Party of Cuba as the leading force governing society and the state. The current constitution was amended twice, once in 1992 and again in 2002.

The current draft consists of a preamble and 224 articles, divided into 11 titles, 24 chapters, and 16 sections.

Yumil Rodriguez, Deputy Head of the State Council and member of the commission responsible for drafting the constitution says that the all the recommendations will be processed and that some proposals, if not included in the document can be crafted into bills to be voted on in a referendum along with the constitution in Feb. 2019.

For the first time, Cubans living abroad are able to make recommendations to the draft Magna Carta.