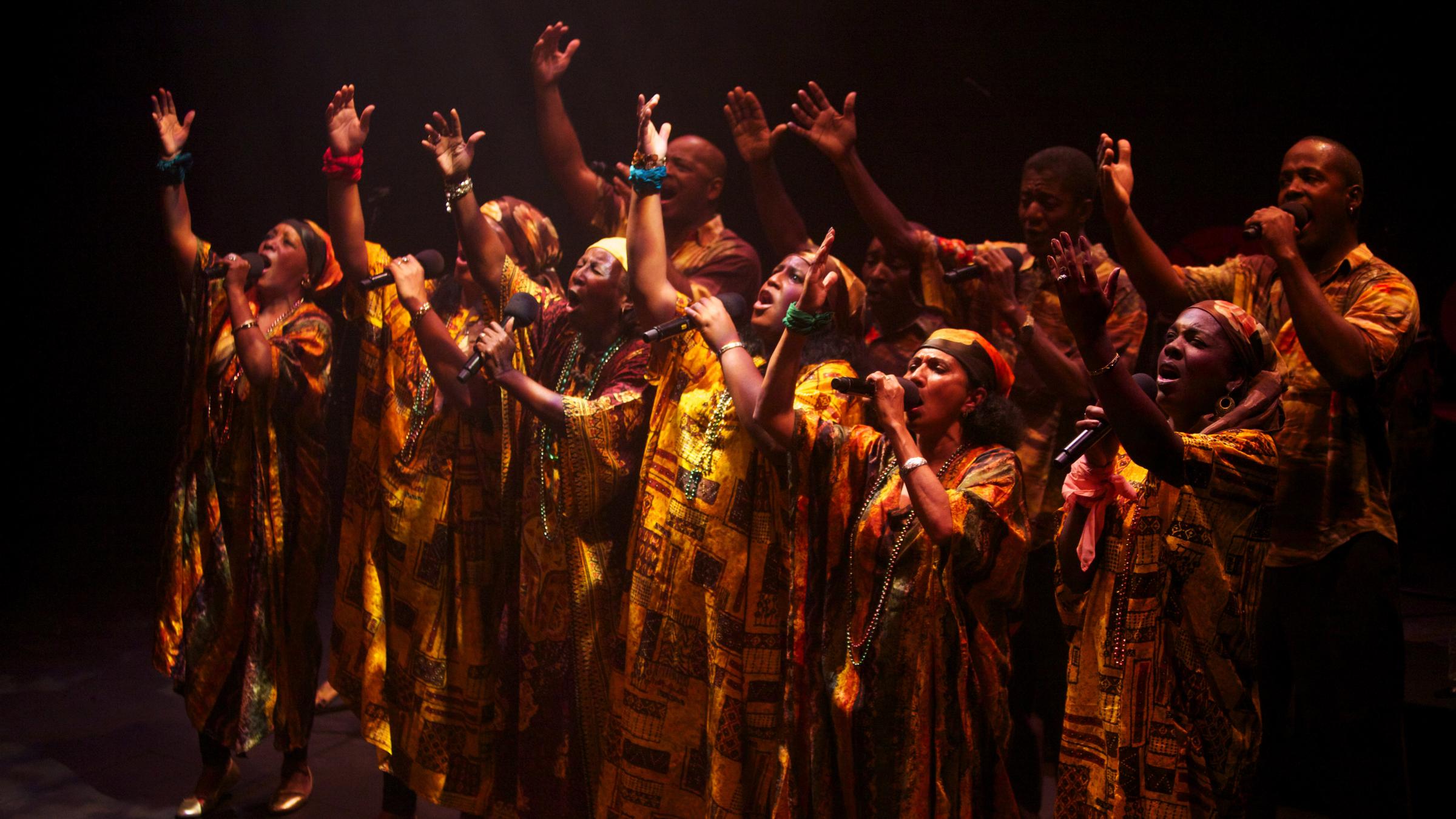 The Creole Choir of Cuba, who sing impassioned songs influenced by both traditional gospel and Caribbean music.

The Creole Choir of Cuba has a history that’s both deeply personal and political. The group is comprised of 10 singers from the old colonial city of Camagüey in Cuba, where they studied music. But the choir members aren’t only Cuban — they’re also the sons and daughters of freed Haitian slaves who have worked to retain their cultural identity within their society and music.

“They sing in [Creole], a language which is a mixture of French, English and West African,” says Amanda Jones of Real World Records, the band’s label. “They are … an immigrant resident population in Cuba, and they have retained and developed a music which is completely unique of their own.”

A lot of Haitians in Cuba arrived there under oppressive circumstances. Victims of the first Caribbean slave trade and then enslaved once again by the French in Haiti, they fled during the Haitian revolution of 1790. Others immigrated in the 20th century to escape political unrest and upheaval.

The group’s music is inspired by this culture of perseverance, Jones says. “They sing songs which are very much of their heritage of resistance and resilience — they fled Haiti and landed in Cuba and that’s where they stayed,” she explains.

The group’s gospel-style vocals tell stories of colonialism, ghosts, love, diaspora and freedom. Songs range from melancholy and soulful to danceable and upbeat.

“They have those rich, deep kind of Caribbean rhythms, and they have that sort of dose of Cuban flair — but their music is very much their own,” Jones says.

We’ve been bringing our listeners tracks this week from a box set released to celebrate the Real World’s 25th anniversary. When Real World released the Creole Choir of Cuba’s first album in 2010, it sadly coincided with the earthquake that devastated the lives of hundreds of thousands of Haitians. The choir was deployed as a part of Cuba’s recovery efforts — not to provide medical care, but to lift spirits via song. The group gave musical workshops where they danced and sang with survivors.

This particular track came out three years after that disaster, but mimics the pain of the national tragedy. “This song is a particularly beautiful, melancholy, yearning song,” said Jones.

That emotional response is due in part to the group’s soloist, Teresita Romero Miranda, who delivers a haunting vocal performance. She’s backed only by her bandmates and soft percussion, allowing the singers’ voices to blend seamlessly together.

By Susie Blair, from PRI’s The World ©2014 Public Radio International