This Cuban Gymnast Might Be The Next Men’s World Champion

Posted on October 6, 2017 by Anthony Brenner 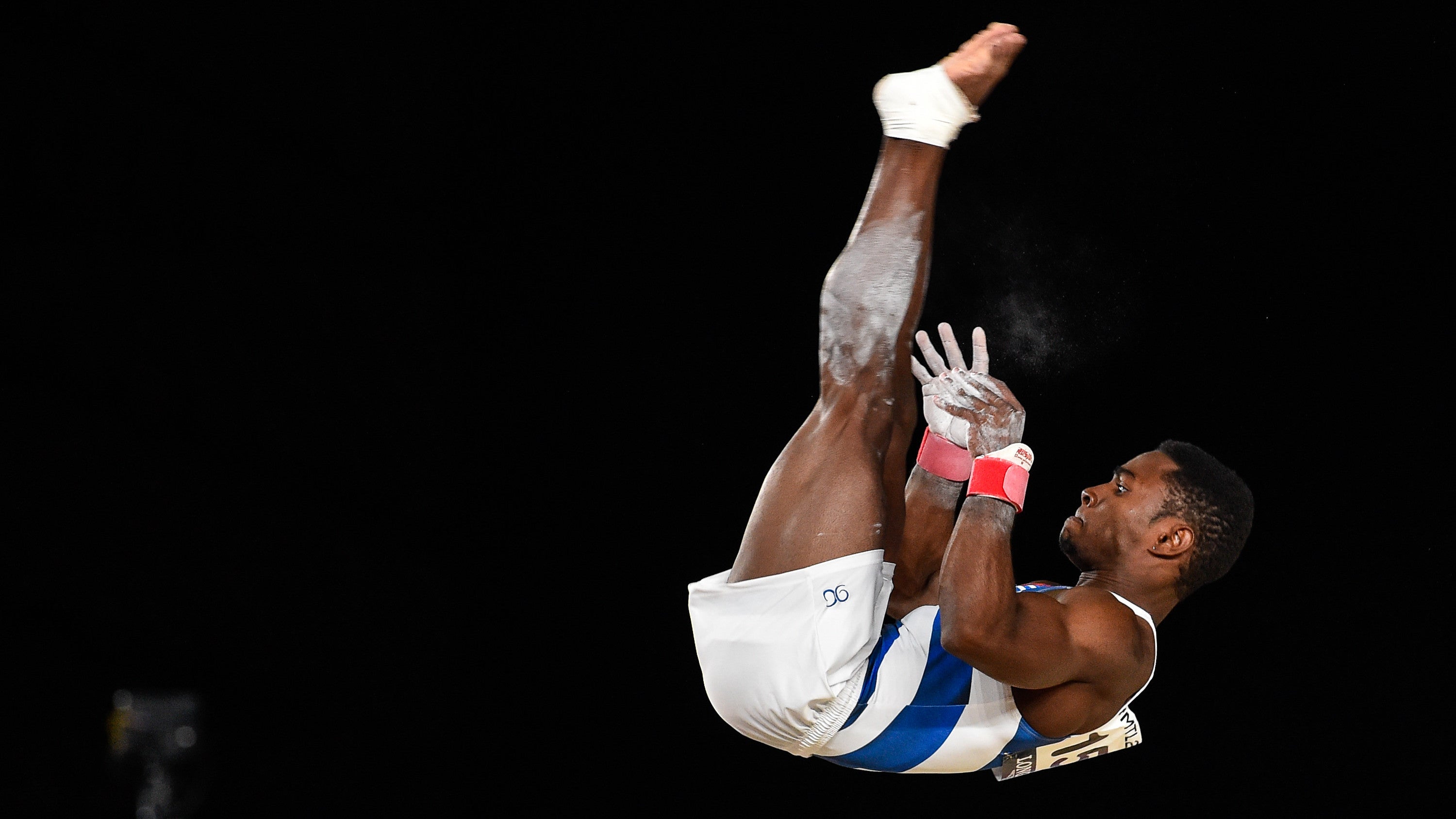 by Dvora Meyers | Deadspin —  MONTREAL, Canada—Tonight a new men’s gymnastics world champion will be crowned for the first time since 2009. With six-time defending world champion Kohei Uchimura forced to withdraw from the competition with an ankle injury, the men’s field—like the Simone Biles-less women’s field—is wide open. The question: Who will be the new king?

If you had asked this question before the world championships, the question would’ve been phrased differently. It would’ve been, “Can anyone beat Kohei?” And the most popular answer would’ve been “Oleg Verniaiev.” Despite an unfortunate crotching incident at the recent University Games, the Ukrainian is the defending world and Olympic champion on the parallel bars. And he came within a tenth of a point of defeating Uchimura in the all-around at last summer’s Olympics. Many were hoping for a rematch here in Montreal.

And Verniaiev still has a very strong chance of becoming the next men’s world champion, even if the hoped-for showdown between him and Uchimura won’t materialize. Though he placed fifth in qualifications, he had mistakes on two events, which means he can certainly improve his scores and his all-around ranking.

But another strong contender—perhaps the strongest—is Cuba’s Manrique Larduet. There wasn’t a whole lot of buzz around Larduet heading into this year’s worlds despite the fact he is the defending world all-around silver medalist. In 2015, he placed second behind Uchimura, but unlike Verniaiev’s second, which was just a hair from first, Larduet’s was more than a point behind the Japanese superstar.