The Trump Administration Ignores the World; Hardens Blockade on Cuba 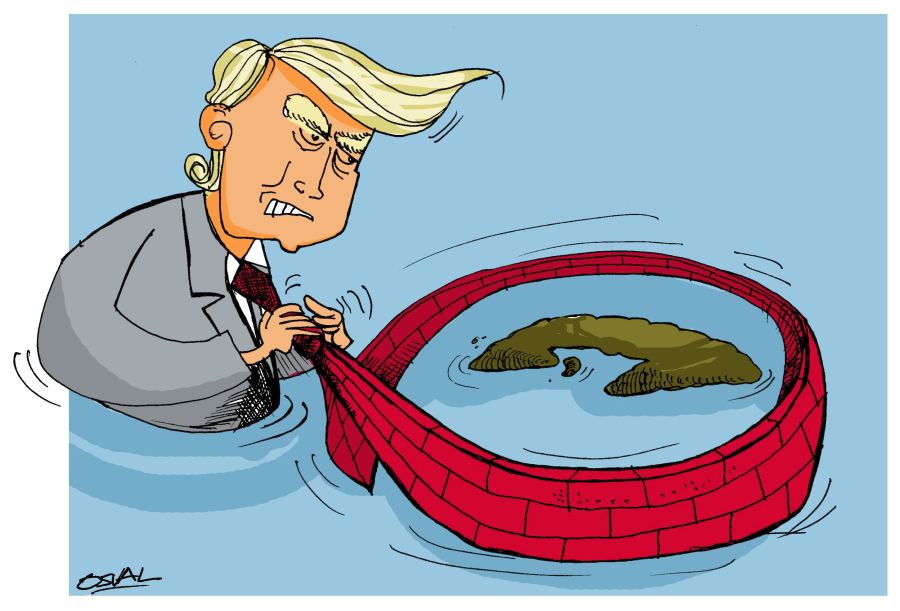 Nov 9, Washington, (Prensa Latina) Despite the international community overwhelmingly urging at the UN Washington ought to put an end to the economic, financial and trade blockade on Cuba, the US government has otherwise announced harsher restrictions for Americans interested in doing business with Cuba and traveling to the island, in compliance with the presidential memorandum that reverses important aspects of the rapprochement between the two countries.

The State, Commerce and Treasury departments announced the adoption of ‘coordinated actions’ to implement the document signed by President Donald Trump on June 16 in Miami, Florida, which includes vetoing Americans to make transactions with more of 180 Cuban companies.

In addition, the new measures stipulate that all non-academic ‘people-to-people’ educational trips ought to be organized and led by organizations that are subject to US jurisdiction.

Such steps implement changes to the sanctions program to Cuba announced by the Republican president in June, when he decided to erase many of the steps taken towards the island by his predecessor, Barack Obama (2009-2017), the text adds.

The changes, which include complementary measures by the Department of State, will take effect on Thursday, November 9, when they will be published in the Federal Register.

The new package of measures includes a list of restricted companies, which will be published and updated periodically; including Cuban companies and agencies Washington believes are linked to the Armed Forces and the intelligence and security services.

‘Persons subject to the jurisdiction of the United States will now be prohibited from conducting certain direct financial transactions’ with such institutions, including more than a hundred hotels, marinas and stores.

In terms of travel, individual non-academic educational visits will no longer be authorized, and travelers sponsored by an organization permitted to pay the visit must be accompanied by a representative of that entity, among other restrictions.

The measures, which come just a week after 191 of the 193 UN countries condemned the blockade imposed by Washington on the island for more than half a century, also amend the definition of ‘prohibited Cuban government officials and includes other names.’

The announcement of the restrictions also occurs at a time when many economic, academic and commercial sectors of the United States are interested in expanding ties with Cuba, and when surveys show that most Americans favor the end of the blockade.

For the 26th consecutive occasion since 1992, the UN General Assembly endorsed on November 1 a resolution calling on the United States to lift the economic, commercial and financial blockade against Cuba, a document that once again isolated Washington.

As in 2015 and 2016, 191 of the 193 member countries of the United Nations voted in favor of the initiative presented by Cuba, which was opposed only by the government of the United States and its ally Israel.

The resolution urges not to enact or enforce laws and measures contrary to the Charter of the United Nations and International Law, recalling the need to respect the principles of sovereign equality, non-intervention in the internal affairs of States and the freedom to commerce and navigation, all broken by the blockade imposed for more than half a century by the last 11 administrations of the White House.

The resolution urges the executors of such actions to repeal or reject them, and requests the UN Secretary General, in consultation with the relevant bodies and agencies, to prepare a report on compliance with the provisions.

Long before the vote in the UN General Assembly, the isolation of the United States and its unilateral and extraterritorial sanctions were a reality.

On the day of the vote, a large part of the main global and regional organizations of the planet, as well as several countries, defended the lifting of the US blockade.

The G-77 and China, comprising 134 of the 193 members of the UN; the Movement of Non-Aligned Countries, with 120 States; the Association of Southeast Asian Nations; the African Group; the Caribbean Community; the Community of Latin American and Caribbean States and the Organization of Islamic Cooperation advanced the isolation of Washington, shortly after ratified with the adoption of the resolution.

Representatives from Venezuela, Bolivia, Nicaragua, South Africa, Russia, China, Vietnam, Algeria, Mexico and Colombia, among others, also spoke in favor of the resolution in the historic day, in which 191 countries demanded the end of the blockade by third year in a row.

In their speeches, the representatives of those blocs and governments pointed out that US sanctions violate the UN Charter and the human rights of Cubans, mean a return to the past and constitute the main obstacle to the development of the island. Likewise, they regretted the decision of the US president, Donald Trump, to intensify the blockade, despite the rejection generated by this hostile policy worldwide and within that northern country.