The Speculative Assault on Venezuela 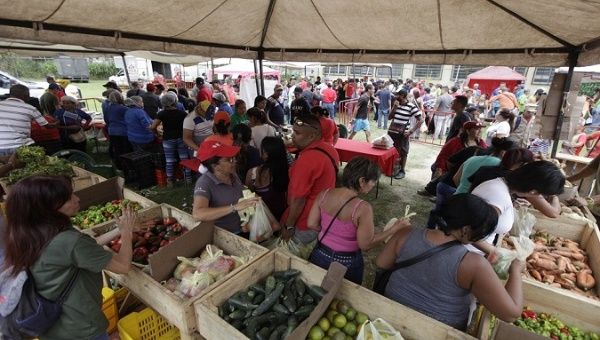 There is justified indignation at the outlandish way the parallel dollar price is rigged and the consequent escalating speculation in private sector goods and services.

By: Elías Jaua, Minister of Education of the Bolivarian Republic of Venezuela

Nov 27 (Telesur) Stories of distress from friends and relatives steadily increase, the text messages multiply from thousands of compatriots who have my phone number and my e-mail address, also via Twitter and Facebook and via my radio program “Meet The People.” They all have a common denominator, namely their justified indignation at the outlandish way the parallel dollar price is rigged and the consequent escalating speculation in private sector goods and services.

The revolutionary leadership at all levels needs to understand that indignation, work through it, guide it and change it into a revolutionary force to dismantle the perverse speculative model that attacks us as a society and damages our economic and social rights.

The problem’s origin lies in the monopolistic, oligarch controlled private sector which is, as our Comandante Chavez explained, “genetically speculative,” after having grown accustomed to being the main beneficiary of Venezuela’s oil income.

Since the middle of the 20th century, Venezuelan capitalism developed a policy of fixing the ceiling of production and distribution of goods so as to control supply in such a way as to generate a permanent speculative spiral enabling limitless, immense profits.

The necessary, just and positive expansion in demand from Venezuela’s population as a result of the inclusive policies of the Bolivarian Revolution, instead of stimulating productive expansion in the nation’s private sector, in fact, increased the speculative voracity of income extraction via under-supply and informal dealing. In terms of national currency, that speculative extraction directly hurts ordinary Venezuelans and in terms of U.S. dollars, it hurts the Venezuelan State.

To this historic deviation you also have to add the collapse of the oil price, the resulting 70 percent contraction in Venezuela’s foreign exchange earnings, the rigging of an illegal exchange rate, concerted corruption between State bureaucrats and the private sector cutting national income, as well as the hoarding and contraband of goods, including cash money. And on top of all that, the foreign sanctions and economic aggression facilitated by an anti-patriotic, anti-democratic political opposition.

What is to be done?

It is not easy for me to answer that question as a Bolivarian government Minister. So I apologize for not offering detail about measures that are the job of our comrades in the State’s economic institutions to explain and implement. All I can say is that I know very well the heroic efforts they are making on different fronts to reverse the economic situation that is hurting us as a people up against growing macro and microeconomic obstacles and pressure from the United States and the European Union.

But beyond the macro and microeconomic policies they are working on, I do suggest four levels of action:

It is all there in our own national statistics and those of the Economic Commission for Latin America and the Caribbean. That period saw the highest industrial and agricultural growth in decades.

Venezuela’s private monopoly and oligarch controlled business sector will not change overnight. Their origins as a legacy from the era of oil income dependency make that difficult. They exist and we have to work with them without strengthening their extortionate hold on our society so as to avoid them overwhelming us. One example is the meat boycott currently imposed by the big cattle ranchers.

That is their nature, as our Comandante Chavez always reminded us when he referred to Venezuelan capitalism with well-known sayings like, “armadillos don’t shave and tortoises don’t climb trees”.

We are going to address this speculative assault and recover complete political stability with the institutions created by our people, by fighting against corruption and democratizing ownership, production and distribution. That is the only way we can win.