The Origin Story Behind New EU Sanctions Against Venezuela 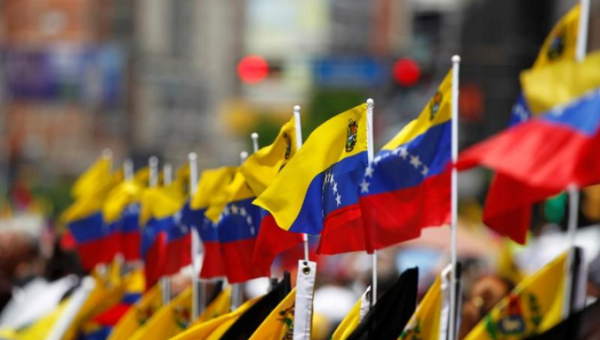 As a fresh round of sanctions is imposed by the European Union against Venezuela, teleSUR takes a closer look at the reasoning behind the latest embargo.

What do the EU sanctions against Venezuela prohibit?

Among the trade restrictions are prohibitions on the sale of arms, ammunition, vehicles and militarized equipment.

The sanctions also prevent Euopean citizens and companies from aiding or abbeting Venezuela through technical, financial or brokerage assistance.

Humanitarian aid, however, is still allowed to cross the border, as well as non-lethal equiptment for the protection of national borders, regional stability and narcotics control.

These restritions are all in addtion to the already heavy sanctions from the United States, which freeze all business transactions with US investors and companies, particularly those with any state-owned institutions.

Who is included in the EU sanctions?

The 2017 US sanctions target as many as 30 high-ranking Venezuelan officials, including the President of the National Electoral Council Tibisay Lucena; Attorney General of the Republic Tarek William Saab, and Minister for Internal Affairs, Justice and Peace Nestor Reverol.

Who decided to impose these sanctions against Venezuela?

Venezuela was the first Latin American naiton subjected to sanctions initiated by US President Donald Trump. According to Central Intelligence Agency (CIA) Director Mike Pompeo, the sanctions were the result of a large-scale undercover mission.

“The second or third battery of sanctions obeyed our recommendations … Trump wanted more clarity in relation to some financial matters, such as who had the money,” Pompeo told a conference with the American Enterprise Institute (AEI).

The list of sanctions was carried to Spain for EU consideration by US Political Affairs State Undersecretary Thomas Shannon, according to Venezuelan President Nicolas Maduro.

It wasn’t until last August that Trump resolved to cut the chord with Venezuela after his public announcement of unsolicited military intervention was met with global condemnation.

According to Venezuelan Communication Minister Jorge Rodriguez, the sanctions are part of a set of maneuvers organized by the international right to sabotage the ongoing dialogue between the Venezuelan government and the opposition being hosted by the Dominican Republic.

“Go, prepare more sanctions as elections and democracy arrive; the more they sanction us, the more they attack us, they cannot overthrow the Venezuelan democracy,” Rodriguez said.

What are the main reasons the sanctions are being imposed?

International analyst and specialist in unconventional wars, Simon Colmenares, told teleSUR that the new sanctions don’t reflect the wishes of all EU member countries. The final decision came down to a few foreign ministers bent on maintaining good relations with the United States.

“It is more a political agreement between the United States and the European Union: a type of social control that seeks to show that Venezuela has a destroyed economy, the inability of its leaders to resolve insecurity or shortages, in order to position in the mind of the population that the government should leave,” Colmenares said.

The French government rejected the EU sanctions and instead advocated dialogue for reconciliation between the various political actors. Colmenares also noted that the call of the National Constituent Assembly (ANC) to hold presidential elections in April shows the dynamic geopolitical “actions are reactions.”