The Cost of Covert Operations in Cuba 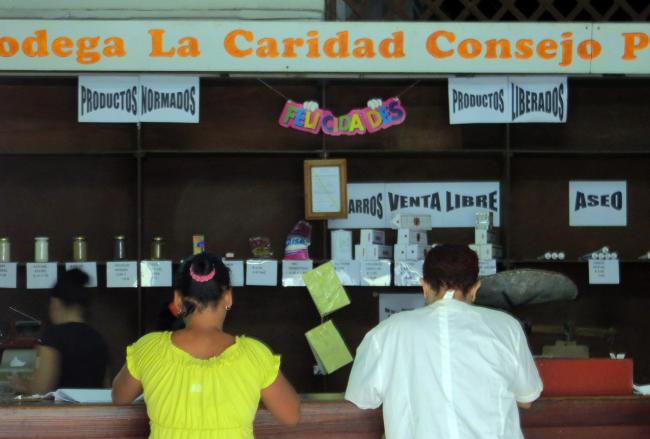 U.S. sanctions and economic sabotage over the last half-century have caused significant damage to the Cuban economy. What does this mean for ongoing claims negotiations between the two countries?

The United States and Cuba advance toward normalization of relations slowly, with all deliberate speed in measured increments. The announcement of the resumption of diplomatic relations in December 2014 was followed with the re-opening of embassies in Havana and Washington the following summer. Travel restrictions in both directions were relaxed. Regularly scheduled flights resumed. A host of small steps ensued: limits on remittances from the United States were lifted, direct mail service began anew, FedEx introduced cargo service to Cuba, Verizon and Sprint inaugurated roaming services. All in all, U.S.-Cuba relations are assuming more and more the appearance of normal.

But much remains abnormal. The embargo remains in place. The Cuban Adjustment Act remains in force. The United States remains in Guantánamo.

And U.S. claims and Cuban counter-claims remain pending. The negotiations for a satisfactory settlement of competing claims are currently underway “as part of normalization,” the Department of State indicated. For the United States, the matter of compensation is straightforward, and has to do principally with outstanding claims of U.S. nationals related to 5,913 properties nationalized by Cuba after January 1, 1959. The U.S. Foreign Claims Settlement Commission assessed the outstanding principal at $1.9 billion, atop of which was added six percent interest. In addition, a total of $2.2 billion in ten state and federal court judgments against Cuba also remain pending.

Cuba does not dispute the proposition of compensation for properties nationalized after January 1, 1959. The Cuban government has in fact previously settled its outstanding claims with other countries, including Spain, France, England, and Canada, according to the University of Miami Inter-American Law Review. However, U.S. claims are complicated by Cuban counter-claims, making everything, the New York Times observed, “trickier”—or, as Cuban Deputy Foreign Minister Abelardo Moreno indicated, “a matter of highly elevated complexity.” Cuba advances compensation demands of its own as adjudicated by national courts, a sum totaling $181 billion. Cubans’ claims derive principally for indemnification for economic damages attending U.S. policy, advanced by Cuba and understood by the United States as “embargo claims.”

It is perhaps impossible to assess with precision the cost of a half-century U.S. economic sanctions against Cuba. Sanctions served as the policy framework for what was broadly conceived as a comprehensive and multifaceted policy protocol designed to inflict economic hardship on Cuba. Sanctions assume something of an appearance of a “passive” purport—that is, an effort to deny Cuba access to vital goods and services. Indeed, the U.S. policy was designated as an “economic denial program.”

But Cuban claims may extend further than “embargo claims.” The “economic denial program” involved far more insidious aspects and assumed the dimensions of full-blown economic warfare against Cuba. The policy of economic sanction was accompanied by a program of “active” purpose through economic sabotage and subversion designed explicitly to wreak material havoc on the Cuban economy as a way to precipitate the collapse of the Cuban government. All through the early 1960s, the United States mounted covert operations against Cuba with the specific purpose of laying waste to Cuban economic productive capabilities, central to which was the destruction of the economic infrastructure of the island, including power sources, fuel supplies, transportation systems, and production facilities.

U.S. policy was devised as “a practical plan for economic warfare,” a way “to induce failure of the Communist regime to supply Cuba’s economic needs,” and thereupon “overthrow the Communist regime and institute a new government with which the United States could live in peace,” according to documents pertaining to Operation Mongoose. Indeed, the embargo—as the principal form that economic sanctions assumed—could succeed, U.S. officials insisted, only if accompanied with a sustained program of sabotage against key sectors of the Cuban economy. “For maximum impact on the Cuban economy,” the Central Intelligence Agency indicated in a 1963 report, “[sanctions] must be coordinated with sabotage operations.”

Explained Desmond FitzGerald, CIA Chief of the Western Hemisphere Division, in 1964: “These courses of action interact and are interdependent… Our covert economic denial operations are designed to reinforce and be reinforced by our overt measures of economic pressure,” he wrote. “As an economic weapon, [sabotage] is designed to supplement and support the overall economic denial program by damaging economically important installations and to add to Castro’s economic problems by forcing him to divert money, manpower and resources from economic to internal security activities.”  Simply put, the United States sought “to destroy the Cuban economy by sabotage, sanctions, and other measures of economic warfare.” Or, per the more graphic metaphors used by the CIA, to expand the “covert aspects of an economic strangulation program” in the pursuit  of “tightening of the noose around Castro.”

The United States directed covert operations against four key sectors of the Cuban economy, objectives the CIA identified as “broad target categories against which the sabotage/harassment operations would be mounted.” Priority was assigned to the disruption and destruction of electric power grids, operations designed to impair “the generating facilities or of the critical sub-stations in the distribution network,” resulting in the “prolonged breakdown of the power system.” The second “target category” included facilities associated with the production and distribution of petroleum, oil, and lubricants—specifically to do “damage to or destruction of,” which would “seriously affect almost all aspects of the Cuban economy.”

The third category involved operations against transportation: “Damage to or destruction of railway and/or high rolling stock or the destruction of key bridges [to] lead to breakdowns in the regional economics which to a large degree are dependent on the distribution of imported products.” The final “target category” involved the destruction of diverse production and manufacturing facilities, including “the nickel complex at Nicaro, cement plants, distilleries, and the myriad industries associated with the provision of food, clothing, and shelter.” A variant of the latter involved a “subtle sabotage program” that included “the contamination of fuels and lubricants [and] the introduction of foreign material into moving parts of machinery.”Attention was given to refineries and plants using U.S. equipment, including the previously foreign-owned refineries of Shell, Esso, and Texaco, presumably due to the difficulty in obtaining spare parts. In late 1963, the CIA committed to “expanding and intensifying the category of sabotage and harassment, emphasizing the “importance of incapacitating the critical power plants and oil refineries in the Havana, Matanzas, and Santiago areas of Cuba.”

Attacks against transportation also saw the disruption of Cuban shipping as a means through which to harass foreign trade and commerce. Among the covert projects proposed in 1963 was the “placing of incendiary devices and/or explosives with suitable time delay within the hull or cargo to disable or to sink Cuban vessels and/or damage their cargos while at sea” and “introducing abrasive or other damaging materials into the propulsion, communication and other systems of the ship to inactivate the ship.” The Department of Defense similarly designed projects to “accomplish the objective of economic harassment.” One project planned for “major acts of sabotage on shipping destined for Cuba and on key installations in Cuba.”

Sugar was also a special “target category.” This involved arson of cane fields, sabotage of machinery, and acts of chemical warfare, including the spreading of non-lethal chemicals in sugar-cane fields to sicken Cuban cane cutters. The CIA and Department of Defense were alleged to have developed programs designed to seed clouds approaching Cuba to induce drought, and thereby impair Cuban agriculture, especially sugar.

The attack on food sources was designed to create scarcity and shortages as a means to produce disaffection. “Fuel and food supplies should be sabotaged,” planners were enjoined. Indeed, there was effort to hinder the production of Cuban agricultural export commodities— “by covert means… to cripple Cuban commerce vital to the regime’s domestic economic program.” In early 1962, the CIA was set to task “for inducing failures in food crops in Cuba.” In 1977, media reports across the United States disclosed that the CIA had introduced African swine fever into Cuba, which resulted in the need to slaughter 500,000 pigs as a way to prevent a nation-wide epidemic. The supply of pork disappeared for months.

The history of U.S. covert operations during the 1960s has been well chronicled, and indeed it forms something of a sub-genre of the literature of U.S.-Cuba relations. In the end, it is difficult to ascertain the full scope and the specific details of years of U.S. covert operations. Alexander Haig recalled the organization of three or four “major operations” against Cuba every month during the early 1960s, noting that “the targets were always economic.” The evidence concerning specific covert operations is incomplete but suggestive. A meeting of the Special Group on Cuba charged with supervision of covert operations approved in early April 1963 the selection of “sabotage targets for April/May,” which included “a railway bridge, some petroleum storage facilities and a molasses storage vessel.”

Later in 1963, the CIA Division of Western Hemisphere could certify “at least 80 acts of internal sabotage,” adding, “Since 1 August 1963, five sabotage raids have been attempted. All were successful. There was substantial damage to the target; all participants were safely recovered and the plausible deniability of the operations was not compromised.” Two months later, the Department of the Army confirmed a successful attack by a underwater demolition team on the harbor of La Isabela on the north coast of Las Villas province.

The first-person account of CIA covert operations offered by Captain Bradley Earl Ayers details the purpose of La Isabela mission, which involved the destruction of a vital bridge on the Sagua la Grande-Isabela railway. “The single-track line,” recalled Ayers, “carried large amounts of freight and produce between the inland city of Sagua la Grande and the port of Isabela. It was one of the key supply lines in the central part of the Communist island. The commando force was to blow up the bridge and destroy telephone and telegraph lines running adjacent to the tracks.”

In November 1963, the CIA reported four successful sabotage operations against a power plant, oil storage facilities, a sawmill, and an underwater demolition of a floating crane in an unnamed Cuban harbor, with preparations announced for operations “against a large oil refinery and storage facilities, a large electric plant, sugar refineries, railroad bridges, harbor facilities, and underwater demolition of docks and ships.” One month later, “non attributable raids” against petroleum facilities in Santiago de Cuba were approved. Ayers recounts preparations for an unidentified “big” mission in 1963 against a refinery to destroy fuel storage tanks, docks, and ship–to-shore product-transfer pipelines. “A couple of good blows like this,” Ayer commented at the time, “and [Castro] will fall right on his ass…and that’s what the President wants.”

Negotiations of U.S. claims and Cuban counter-claims thus proceed under anomalous circumstances. The Handbook of International Law defines state-sponsored terrorism as the act “of a State sheltering, training, financing or supplying arms to enable terrorists, often foreign, to attack another State or its nationals.” U.S. covert operations against Cuba during the early 1960s most assuredly rose to the level of acts that today would be recognized as a policy of state-sponsored terrorism. Writing years later, presidential advisor Richard Goodwin, who participated in the planning of covert operations against Cuba under the Kennedy and Johnson administrations, acknowledged that the U.S. efforts to overthrow Fidel Castro “included assassination, sabotage of the Cuban economy, guerrilla infiltration—a kind of state-sponsored terrorism.”

Cuban insistence upon compensation thus involves more than “embargo claims.” Negotiations for U.S. claims and Cuba counter-claims will no doubt raise far-reaching questions about the cost and consequences of U.S. covert operations and the limits of U.S. liability. The outcome of the next phase of normalization depends on it.