The Actors in the Conspiracy Against Venezuela 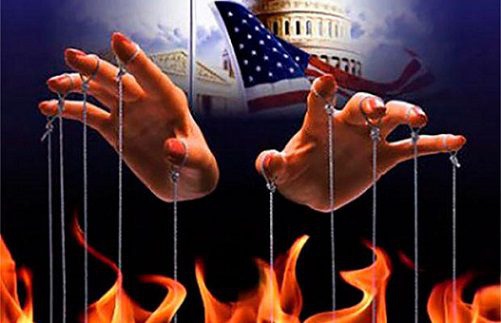 The recent assassination attempt against Nicolás Maduro, whose drone operation was neutralized by members of the Bolivarian National Armed Force, is part of a long-standing plan to end the process of change in Venezuela, known as the Bolivarian Revolution. But it was also an attempt to warn the armed forces, with the aim of dividing them and adding a sector to promote a coup d’état.

Now the U.S. offensive to end the Maduro administration dates back to the administration of Barack Obama, who issued the executive order (decree 2015) declaring Venezuela an “unusual and extraordinary threat to U.S. national security and foreign policy. Subsequently, US President Donald Trump ordered a one-year extension of the “National Emergency” against Venezuela. This has also taken the form of economic sanctions, sanctions against government officials and the armed forces. The US government has also promoted the blockade of food products and various medicines, all within the destabilising plans of the White House.

Attempts to destabilize the Venezuelan government have many sides and also many actors who, directly or from the shadows, constantly conspire against Venezuelan democracy. Venezuelan U.S. lackeys, foreign plotters, U.S.-funded NGOs, organizations of diverse professionals, the national plutocracy and the most reactionary and conservative section of the Catholic Church are often the main plotters in the Caribbean country.

Among these various actors, who play a leading role in putting an end to the Bolivarian revolution, is the Organization of American States, whose Secretary General Luis Almagro is a good vassal of U.S. interests for the region and one of the leaders leading the conspiracy, as well as coordinating actions with the European Union and some NATO member countries (Colombia).

The new Colombian president, Iván Duque, also insisted that the region should support the secretary of the Organization of American States (OAS), Luis Almagro, in his efforts to continue to plot against the Maduro government before the International Criminal Court (ICC). Duque met with Almagro last July 1, during his visit to the United States after his election.

We also have the so-called Lima Group, made up of right-wing governments whose presidents are mostly members of the ranks of the presidents linked to corruption (Odebrecht+-), among them the Macri family (Argentina), bank swindler Sebastián Piñera (Chile), Juan Manuel Santos (Colombia) and Peña Nieto (Mexico), who have almost completed their terms. The corrupt and de facto president of Brazil, Michel Temer. In addition to countries traditionally servile to U.S. policies such as Costa Rica, Guatemala, Honduras, Panama, Paraguay and Peru, also with leaders questioned for corruption.

Recently and before the end of his term in office, Juan Manuel Santos told the press that… “I see the fall of the government of Nicolás Maduro in Venezuela coming,” said the outgoing president of Colombia, and then added that Maduro would fall, hopefully in a “peaceful way”. However, Santos insisted, “I wish that tomorrow” Maduro’s government would end, exposing him as one of the main plotters against Venezuela.

Now the successor of Juan Manuel Santos (Colombia), the already president of Colombia, Uribe’s Ivan Duque, agreed in his visit as president-elect with the White House with U.S. Vice President Mike Pence (July 5, 2018), to continue pressuring the Venezuelan government. “We talked about the situation in Colombia, about our security agenda, we also talked about the situation being experienced in the continent by the dictatorship in Venezuela,” Duque told the press.

For his part, Pence told a Tweet that he had spoken to Duque about the bilateral “strategic alliance“”in the fight against drug trafficking” and that they had “reiterated the need to maintain pressure on the regime of (Venezuelan President Nicolás) Maduro to face the tragic collapse of democracy in Venezuela”.

Duque gave Pence a glimpse of a possible military route in Venezuela after the White House confirmed to the Efe agency that U.S. President Donald Trump asked his team last year about an invasion of the Caribbean country and, although he never really planned for it, that option has not been ruled out.

But that wasn’t all, as Duque concluded his trip to Washington where he met with other U.S. officials including Secretary of State Mike Pompeo, CIA Director Gina Haspel and National Security Advisor John Bolton. Also with the Secretary General of the OAS, Luis Almagro, and the directors of the World Bank, all this happened on July 5 of this year.

He later stated that he had invited Pence to his inauguration on 7 August and hoped that “the US would have the highest possible representation”. Now, in the act of assassination of Duque, he has been considering a coordination meeting with Mike Pence and Luis Almagro, as well as with some representatives of the opposition to the Maduro government, with the aim of refining and coordinating the way in which they are trying to put an end to Nicolás Maduro and his government, whose final objective is none other than to appropriate Venezuela’s natural resources, especially one of the largest oil reserves in the world, which the Caribbean country has.

Hence, all the cards are already out on the table and they are none other than the economic suffocation, the assassination attempt as has happened during these days, the possibility of creating conditions for a coup d’état by dividing the armed forces, promoting terrorist actions that disconcert the population, unleashing a civil war or producing a direct military intervention, whose cannon fodder first is the paramilitaries and drug trafficking cartels of Colombia, and then continuing with the U.S. military personnel who are based in the eight military bases that the United States has in Colombia.

It is also worth noting that the Empire has an important ally for its destabilizing attempts, the various radical left-wing groups that do not support and do not contribute anything to the process of change and that from certain media through the Internet, are dedicated to ranting against the Bolivarian revolution by playing into the hands of the coup plotters, a factor that must also be taken into account when analyzing Venezuela’s domestic policy.

Hence, the story of the humanitarian crisis, the human rights problems and the character of dictatorship are elements that are exploited by the Western media with the aim of creating all the propitious conditions to facilitate and justify the destabilization of the government of Nicolás Maduro and the process of change in Venezuela.

For the Venezuelan oligarchy, the big businessmen and the geopolitical interests of the U.S. in the region, anything goes, including plunging Venezuela into a bloodbath, where the big losers will be the working class, the social sectors that support the process of change, the members of the armed forces that support the Bolivarian revolution and the loss of control over its natural resources, as simple as that.

Eduardo Andrade Bone is an AIP/MP press correspondent. Translated and edited by Walter Lippmann for CubaNews.

The views expressed in this article are the author’s own and do not necessarily reflect those of the Venezuelanalysis editorial staff.