Tampa and Havana aquariums to further partnership in 2017

TAMPA — The Florida Aquarium’s joint research with the National Aquarium of Cuba on coral reef restoration ended on a scientific high in 2016.

Heading into 2017, the Tampa- and Havana-based facilities look to build upon this relationship — the first ever between aquariums from the longtime enemy nations — by designing a coral greenhouse and building a coral nursery, both to be located in Cuba. 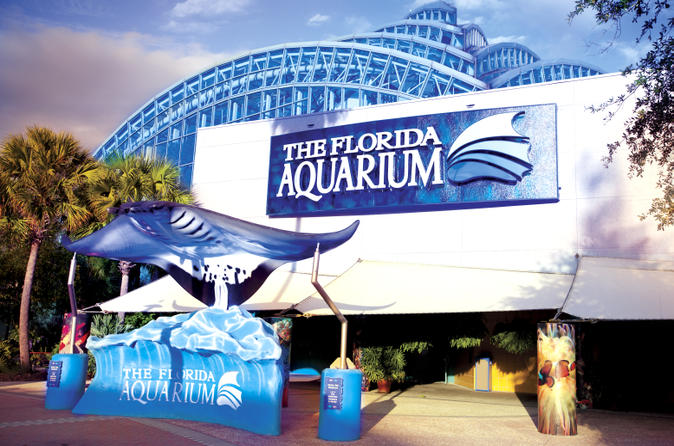 This past August — one year after the partnership began — scientists from the aquariums met in Key Largo to collect Staghorn coral spawn to be used for their ongoing research on replenishing the region’s dying reefs.

Among the goals was to learn if cryogenically frozen Staghorn coral semen — when thawed — can still fertilize an egg to allow the aquariums to use banked coral sperm to repopulate the Caribbean.

In mid-December, it was thawed and swam.

“This is super exciting,” said Linda Penfold, director of the South-East Zoo Alliance for Reproduction & Conservation in Jacksonville that hosted and participated in the experiment. “This is breaking new ground.”

The Smithsonian Institution already proved this could be accomplished with other types of coral, but had not done so with Staghorn, the most important reef building coral in the Caribbean.

“All animals are different,” Penfold said. “We had no way of knowing if Staghorn would perform in the same way.”

More than half of the Caribbean’s coral reefs, which are home to more than 4,000 species of fish and countless species of plants, have died since 1970, according to the Global Coral Reef Monitoring Network. The Caribbean region includes Florida.

Yet in Cuba the reefs remain healthy, likely due to less pollution and development, Penfold said.

Scientists from other institutions are still researching how to freeze coral eggs, which is difficult because they contain more liquid than sperm. Penfold said a another option may be to learn to freeze early embryos.

“The goal is to bank viable coral from all of the Caribbean, including Cuba,” said Margo McKnight, vice president of biological operations at the Florida Aquarium. “The more we can grab for the future, the better.”

But this is a long-range plan, McKnight said.

Meanwhile, her facility and the National Aquarium have other goals that need to be accomplished. They expect to achieve two in 2017.

Scientists from the aquariums will meet here in February to begin designing a coral greenhouse to be built in Havana similar to the one the Florida Aquarium has in Apollo Beach.

These greenhouses are used for learning how to grow and maintain coral in a controlled environment. Once that is mastered, the structures will store coral that can be replanted in Caribbean waters to restore the reefs.

The Apollo Beach “coral ark,” as the Florida Aquarium calls it, cost $420,000 to build and outfit. A second is under construction. It is hoped eight, totaling 12,000 square feet, will be done by 2020, pending a successful fundraising effort.

The Florida Aquarium will also help finance the National Aquarium’s arc though the price tag will not be known until the design is complete.

In March, Tampa scientists will travel to Cuba to build an underwater coral farm in Guanahacabibes National Park, a nature preserve located on the westernmost point of the island.

The Florida Aquarium uses such a nursery in Key Largo that was erected and is maintained by the not-for-profit Coral Restoration Foundation.

It is an acre-sized underwater farm where coral is hung on “trees” – PVC pipes planted in the ground in rows. Picture a corn field but underwater and with coral.

These nurseries are easier to navigate during underwater experiments than natural reefs.

The Florida Aquarium will install 20 coral trees in Cuba.

“We have a lot going on,” the Florida Aquarium’s McKnight said. “Next year will be exciting.