Take a photo tour of Ernest Hemingway’s home in Cuba 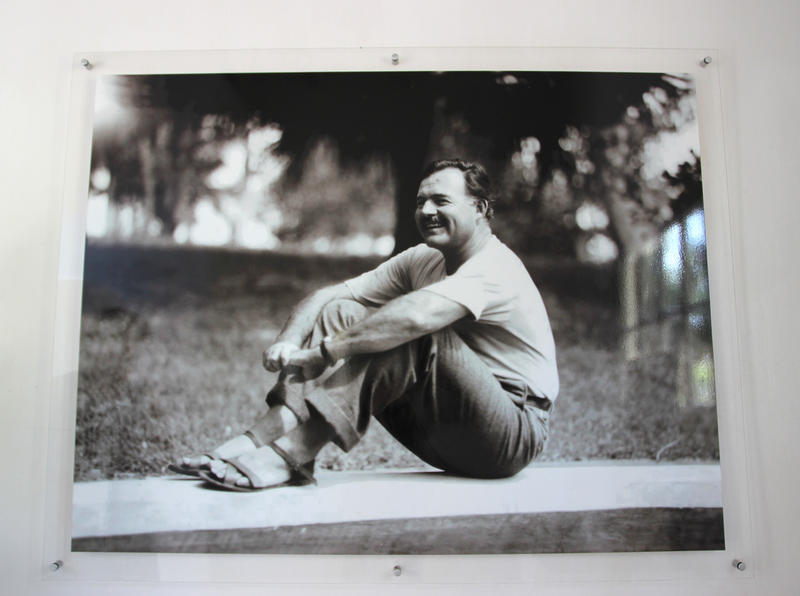 “Michigan always represented a great source of freedom for Hemingway. Everything that he’s associated with – outdoorsmanship, hunting, fishing, that all came from his time in Northern Michigan,” says Chris Struble, president of the Michigan Hemingway Society.

The sights and scenes of the Petoskey area later inspired stories and characters in Hemingway’s series The Nick Adams Stories, which were published in 1972, a decade after his death.

In 1921, Hemingway married his first wife, Hadley Richardson, in Horton Bay, Michigan. Shortly after, the couple moved to Paris and in 1926 he published his first novel, The Sun Also Rises.

Hemingway was a complicated man.

There is no shortage of books and films about his controversial life – scandalous affairs, notorious drinking, war and politics, and his love of fishing and hunting.

And, it was in Cuba where he lived the last 20 years of his life.

In 1940, Hemingway bought Finca Vigía, a country home 10 miles east of Havana in a small town called San Francisco de Paula. It was Martha Gellhorn, his third wife, who insisted he buy the farm house.

It was there Hemingway wrote many of his finest works including, For Whom the Bell Tolls, Across the River and Into the Trees, The Old Man and the Sea, A Moveable Feast, Islands in the Stream, and numerous short stories and articles.

According to The Nobel Foundation, “The Nobel Prize in Literature 1954 was awarded to Ernest Hemingway ‘for his mastery of the art of narrative, most recently demonstrated in The Old Man and the Sea, and for the influence that he has exerted on contemporary style.’”

In an interview with Cuban television he declared “I’m the first Cuban mutt to win the Nobel Prize,” says Ada Rosa Rosales, the director of Museo Ernest Hemingway. In the same interview he said that The Old Man and the Sea was “based on Cojimar, more or less my town.”

Because Hemingway loved Cuba and its people, he dedicated his Nobel Prize to them, leaving the medal in the sanctuary of El Cobre, outside Santiago de Cuba.

In 1961, after Hemingway died by suicide, Mary Welsh, his fourth wife gave the house to Fidel Castro.

Finca Vigía, which sits on 10 acres of land is also an ecological heritage site. There are avocado, custard apple, mamey, mamoncillo, and 200 mango trees on the property plus 190 varieties of royal palm trees, the national tree of Cuba.

At the entrance of the property on the left hand side is a baseball field where Hemingway played ball with Cuban children.

Today, kids use the field to play and learn about the sport.

After the Cuban Revolution of 1959, Hemingway was forced to leave Cuba by the U.S. Embassy in 1960.