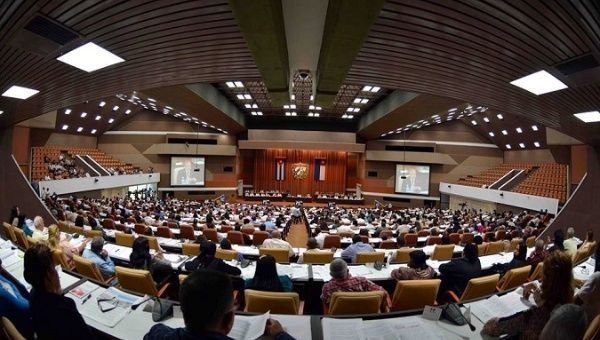 The fourth week of consultation will witness discussions in universities and schools about the Draft Constitution.

The Draft Constitution for the Republic of Cuba was approved by the National Assembly of the People’s Power in its ordinary session of July 21 and 22, 2018. The Constitution Project will guide the island toward prosperous and sustainable socialism according to Cuba’s permanent ambassador to the United Nations, Anayansi Rodriguez.

The Draft Constitution represents a complete reform of the 1976 constitution. The new constitution will maintain the socialist nature of the state and the leading role of the nation’s Communist party. The draft recognizes different forms of property which will have a contribution in prosperous socialism, but it emphasizes the role of social ownership of the means of production. It also highlights the role people will have in controlling the means of production.

The draft also recognizes consensual marriage between two partners regardless of their sex as per Article 68 of the same. This has raised concerns with a large section of society that rejects same-sex marriage, while others have defended it. Along with that, the draft stresses economic, cultural and social rights unlike in many countries, according to Rodriguez.

The draft also posits eliminating the age limit of 60 years for a president, allowing Cuban residents to invest inside and outside of the country, and electing the governor by popular vote.

The first three weeks of the consultation in the 15 Cuban provinces witnessed debates, controversies and dozens of proposals for change. All Cuban citizens over the age of 16 have been allowed to participate in the consultations.

The Ministry of Foreign Affairs of Cuba announced on Aug. 31 that the country has made it possible for about 1,400,00 Cuban residents in around 120 countries to participate in the consultation project online.

The Constitution will be a continuity of the Revolution according to Rodriguez. After the consultation process, other laws will be drafted and adopted to allow its implementation. This marks an unprecedented decision after almost 60 years of Revolution.