Study: US travelers to Cuba continues to rise

MIAMI (AP) — A new study shows travel by U.S. visitors to Cuba continues to rise, even as the more than five-decade long embargo remains firmly in place. 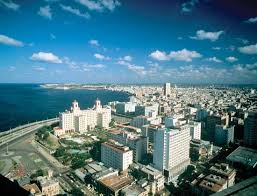 Within the first three months of 2014 alone, there were more U.S. tourists to the island than in all of 2013 from England, Germany or France.

That’s according to a report by the Havana Consulting Group provided Monday to The Associated Press.

Canada remains the No. 1 country of origin for travelers to Cuba. But the number of U.S. travelers has risen quickly, from about 245,000 in 2007 to nearly 600,000 last year. Most are Cuban-Americans visiting family but others have no ties to the island and travel to participate in cultural exchange programs.