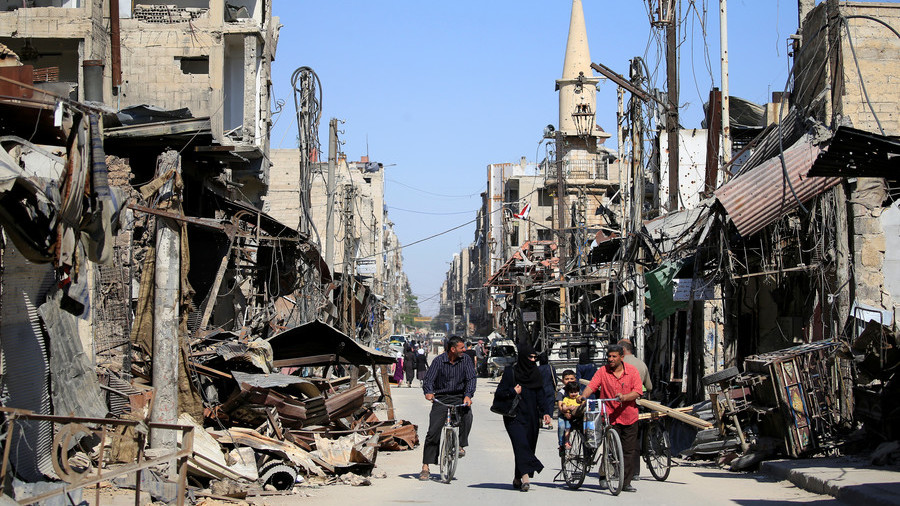 April 28 (RT News) Airstrikes by the US, France, and the UK over an alleged chemical attack in Syria were a case of “execution before the trial,” author Charles Glass told RT’s Going Underground, citing their refusal to wait for an OPCW probe.

Unlike the alleged attack in Syria, real atrocities by Saudi Arabia in Yemen do not get the same response, Yemeni journalist Hussain Albukhaiti told Afshin Rattansi, the host of Going Underground.

The British government responded to the news of a deadly Saudi-coalition strike on a wedding in Yemen last week by saying that its “heart goes out” to all those affected. It refused, however, to halt arms sales to the country, accepting the word of the Saudi government that the attack would be investigated. Almost 100 people, including men, women and children were killed or injured in the strike.

Albukhaiti contrasted the muted reaction to the rash response of the alleged chemical attack in Syria.

“We see them crying about what’s happening in Syria, about what was a claim about a chemical attack and it wasn’t true and they went and bombed Syria and they did all the things they say to protect the Syrian people.”

On the other hand, evidence of the atrocities in Yemen is met with ongoing support to Saudi Arabia in the form of money and weapons, Albukhaiti said. “They smile at you and stab you in the back.”

The journalist said he has proof that US-made bombs were used in the wedding party strike, posting a photo of a fragment of an MK82 bomb found in the area. 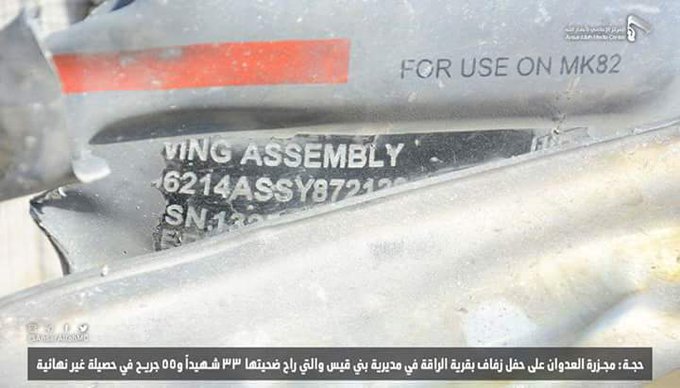 of Fragments of one of the bombs used by #Saudi #UAE strikes on wedding in Bani Qais in #Hajah province NW #Yemen
33 dead
55 injured
30 children among casualties
..
C

thread to see the aftermath of the strikes

Albukhaiti claimed that there are cluster bombs everywhere in Sa’dah and presented an example on the air of a US-made cluster bomb given to him by the children who found it in a village in east Sa’dah.

In 2016, Saudi Arabia admitted that it used UK-manufactured cluster bombs against Houthi rebels in Yemen. Prior to the revelation, Britain denied their cluster munitions were being used by the Saudi-led coalition. The British government now denies selling cluster bombs to the Saudis.