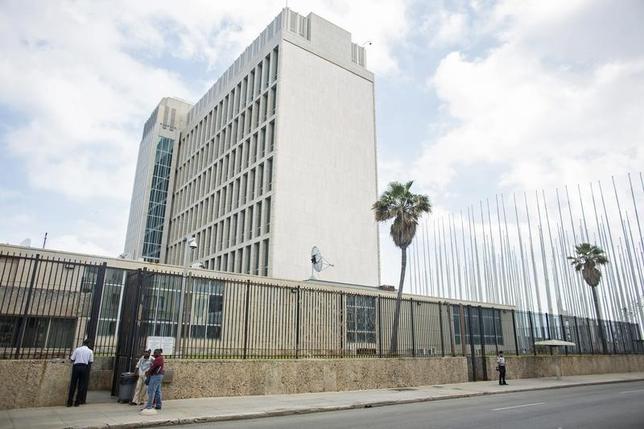 Stonegate, a small Florida bank, has opened an account for the Cuban government, according to a source familiar with the state’s banking industry, removing an obstacle in the way of Washington and Havana restoring diplomatic ties after more than 50 years.

In December, U.S. President Barack Obama said he was seeking to improve diplomatic and commercial relations with Cuba’s communist government because years of policies designed to isolate the Caribbean island have failed to achieve change.

The White House recently announced it was taking Cuba off the terrorism list by the end of this month and officials from the two countries are due to hold talks on Thursday with both sides saying they had narrowed differences over reopening embassies.

Cuba blamed its unusual bank-less status on the longstanding U.S. economic embargo against the communist island, as well as sanctions resulting from it being included on the U.S. list of state sponsors of terrorism.

The Cuban government did not immediately respond to calls for comment on the news, first reported by the cable business channel CNBC.

The public relations firm Kreps DeMaria in Miami, which represents Stonegate, said it had no immediate comment. A bank branch representative told Reuters employees received word on Wednesday about the account, but said she could not discuss any details.

Based in Pompano Beach, Stonegate is a full-service commercial bank with 22 offices in south and west Florida. It has a market value of about $300 million and reported $1.67 billion in assets and $1.41 billion in deposits as of Sept. 30.

M&T’s decision presented an unusual diplomatic quandary for Cuba and the U.S. just as secret talks to improve relations were underway between the two former Cold War enemies.

Cuba briefly ceased almost all consular services in the United States, disrupting Cuba-U.S. travel programs and the issuing of visas and passports for Cubans exiles seeking to visit relatives.

Cuba’s mission at the United Nations was not affected as its diplomats there are allowed access to a special credit union limited to U.N. business only.

Stonegate’s outlets across south Florida made it attractive to Cuba because its consular business is concentrated in the area’s large Cuban-American exile community, the Florida banking industry source said.