St. Petersburg Yacht Club hopes to race to Cuba in 2017 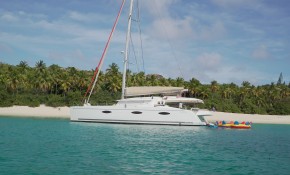 With relations between the U.S. and Cuba improving, the St. Petersburg Yacht Club is working toward relaunching a race to Havana.

The Tampa Bay Times (http://bit.ly/1TLTYQl) reports for nearly three decades, the St. Petersburg Yacht Club sponsored a boat race to Havana that brought international exposure to both cities. But the contest was cancelled following the rise of Cold War-era communism in Cuba.

The club officials are still in early talks with Cuban counterparts at the Hemingway International Yacht Club, named for legendary author Ernest Hemingway.

Yacht Club organizers hope that in March 2017, boats will be racing from the St. Petersburg Pier to the Morro Castle, an 18th century fortress guarding the mouth of Havana bay. That would be the same starting and finish line as the original competition.