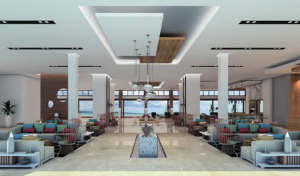 CUBA STANDARD — Doubling its presence in Cuba, Spanish hotel management company H10 Hotels said it will open two new hotels on the island in the course of this year.

The hotels are part of the company’s Caribbean division, Ocean by H10. The Barcelona-based company says it owns most of the 49 hotels in its portfolio, but it didn’t say whether it owns the two new Cuban hotels.

In Cuba, the company already manages the H10 Habana Panorama, which opened in the 1990s, and the Ocean Varadero El Patriarca resort, opened in 2012.

Just as a wave of U.S. visitors is expected to wash ashore in Cuba, there is considerable turnover among hotel operating companies on the island. While two Spanish management companies — Occidental Hotels & Resorts and Be Live Hotels — are pulling out of Cuba, Spanish competitor Valentin Hotels, Canada’s Blue Diamond Hotels & Resorts and Switzerland-based Kempinski all decided to enter the market recently.