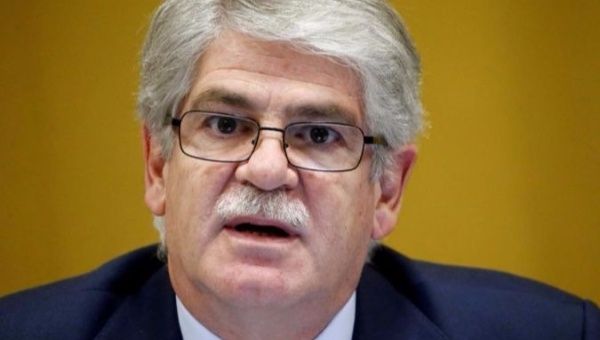 Spain’s foreign minister will visit Cuba Tuesday and Wednesday to strengthen ties between the two nations, according to EFE.

The Minister of Foreign Affairs and Cooperation of Spain Alfonso Dastis is scheduled to meet with his counterpart Bruno Rodriguez and the Archbishop Emeritus of the Archdiocese of Havana Jaime Ortega during his official two-day visit.

While his agenda does not include a meeting with Cuban President Raul Castro, he will attend meetings with Spanish business people from the Caribbean island.

The Spanish diplomat will also attempt to lay the groundwork for visits by King Felipe VI and the current Spanish Prime Minister Mariano Rajoy for the near future.

If successful, it will be the first time a Spanish monarch and head of state visit Cuba since 1999. That year, Juan Carlos I and former Prime Minister Jose Maria Aznar were both in Havana to attend the Ibero-American Summit.

Rodriguez and Dastis have met several times and maintain a good relationship, with their last meeting taking place in April when Rodriguez visited Spain, where he also met with King Felipe VI and Rajoy.

The foreign ministers spoke in December in Brussels, following the signing of the agreement on political dialogue and cooperation between Cuba and the European Union.

Dastis joined the Spanish diplomatic corps in 1983. He specializes in International Law and European Union Law. Before heading the Spain’s Ministry of Foreign Affairs and Cooperation, Dastis served as the country’s Ambassador to the European Union in Brussels from 2011 to 2016.

At the end of February, the Secretary of State for International Cooperation and Latin America Fernando Garcia Casas traveled to the island and met with several representatives of the Cuban government.