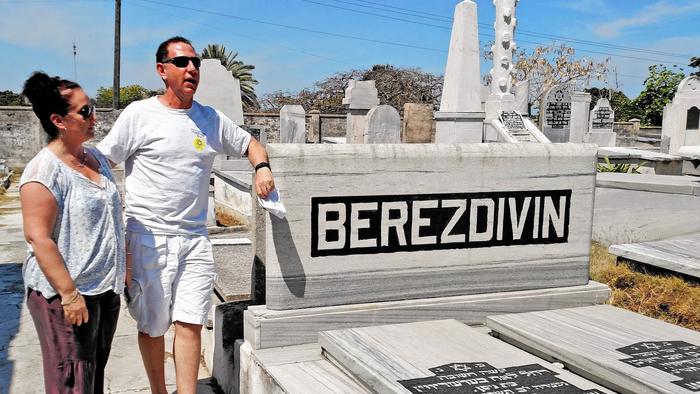 While the United States and Cuba have recently restored ties, South Florida Jews have taken “inspiring” mission trips to the island this year.

The purpose of these mission trips were to help the Jews in Cuba and interact with them. In February, members of Bet Shira Congregation in Miami along with its spiritual leader, Rabbi Mark Kula, went on a People to People mission to Cuba. In April, Boys Town Jerusalem(BTJ) one of Israel’s premier institutions for educating the country’s next generation of leaders whose mission is to help almost 900 youth-at-risk, sent a group of 34 South Floridians for a mitzvah mission to Cuba.

Kula said the mission he took with his congregation was “eye-opening.”

“It was amazing, it was inspirational and it was challenging and sometimes sad to see the state of Cuba’s society,” he continued.

Kula noted that that the group saw tremendous poverty while there.

“Basically every building is run down, decrepit, and in disrepair,” he noted.

Kula noted that each one of the participants brought a suitcase full of medical supplies, clothing, toys, crayons and markers that they donated. He also said the primary goal was for the members to interact with the Jewish community in Cuba.

“We met with leaders in the Jewish community and we visited five different Jewish sites, either a synagogue or a Jewish community center,” he explained. “One of the buildings we saw was Temple Beth Shalom in Havana built in the 1950’s and that’s the last synagogue built there.”

The BTJ group visited three synagogues, the Jewish volunteer pharmacy and every other Jewish site in Havana during its mitzvah mission. They delivered basic items – toothpaste, clothing, children’s books and watches – that are just not available in Cuba or too expensive for ordinary Cubans to purchase directly to the Cuban Jews-in-need. They also collected $100 mitzvah money per participant, which they divided up and presented directly to the leadership of Havana’s Jewish community.

Gary Arnowitz, executive director of BTJ Foundation of America, Southeast Region, said about his organization’s mitzvah mission in April: “It is extremely gratifying to be part of such a vibrant Jewish community which understands our communal responsibility to help Jews-in-need, be they at BTJ in Jerusalem, or in Havana, Cuba.”

The idea for the BTJ mission was conceived by Stephen Fiske – who co-chaired the mission together with his wife Denise and Ariela and Gary Mars – who had the vision of a mission to Cuba to help the Jews there. Mission participants Tammy Aronson and Marcia Frantz organized the collection of as many needed items as they could possibly collect and carry over there.

BTJ mission participant Dr. Rick A. Mars, a dentist at Dental Care Group with offices in Aventura and Pembroke Pines, said “Our group, like almost all groups going to Cuba, wanted to see Cuba before it changes.”

“After four days, I believe every participant on our mission felt that we left Cuba with a connection to both our Jewish community and the island of Cuba,” he continued. “Everything we did, from providing clothing and toys to toothbrushes and medications, was greatly appreciated by the Jewish community. We all hope that with improved US/Cuba relations, we can do so much more in the future.”

Rabbi Amy Rader, founder/executive director of The Neshamah Institute in Boca Raton, said about the BTJ mission: “It was inspiring to see the small but impactful Jewish community. They maintain all three synagogue congregations and support not only the Jewish community but others as well. Even with limited resources, the Jews of Cuba are bringing community and comfort to many in the true spirit of Jewish tradition.”

Just as the BTJ participants were inspired by their mission, Kula was also inspired by the community’s love of being Jewish, keeping traditions alive and their strong bond to Israel during Bet Shira Congregation’s trip. He also noted that the people they visited were friendly.

“They were grateful when we came to visit and there was definitely this feeling that a new age is approaching and everyone we saw thanked us for coming and are looking forward to a new chapter in the relationship between the United States and Cuba,” he continued.

Kula also served as a rabbi and cantor at a Friday night service while in Cuba. He led the service in English with someone translating in Spanish to close to 250 people and described this experience as “amazing.”

“There is no clergy who live in Cuba,” Kula said. “They come in from Mexico, Panama, the United States. When a visiting clergy comes in, more people actually go to synagogue to be part of the community.”