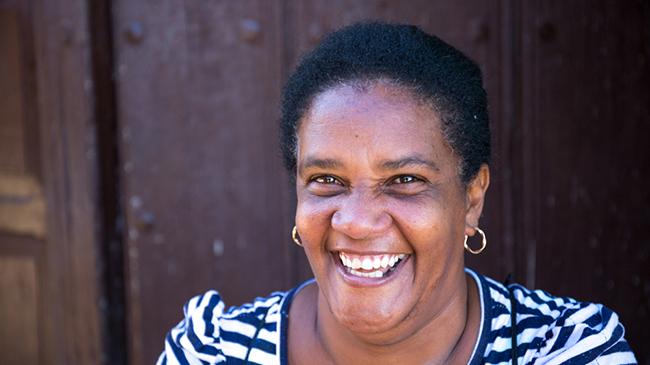 The south Texas Valley is replete with intellectually inquisitive American citizens. Many of them share their interest in other cultures.

They contribute to the enlightenment of south Texas. Whenever possible, they travel internationally. Such are the likes of the fascinating individuals sourced in this brief review of Cuba.

Why Cuba? Because my friends quoted here have just visited, just returned, full of intriguing stories. Because they are so knowledgeable. Because Cuba is so close, geographically and demographically. Because it is so important historically and politically to the United States. Because it is time to get along, “casting our bread upon the waters.”

Cuba–the “Pearl of the Antilles.” “Discovered” by Cristófero Colón (Christopher Columbus), the Italian who sailed for the Spanish, in 1492. He proclaimed it: “The Most Beautiful Island that Human Eyes Have Seen!” Its name is derived from those who (to their sorrow) discovered the oppressive Spanish conquerors, the Taino people (soon decimated), their word “cubao,” for “fertile land.” It is, indeed, beautiful but still beleaguered, if not conquered any longer. It lies, “90 miles from our shore,” awaiting your visit.

Why go? Carol Dearth, spouse of Dr. Dan Dearth, Professor Emeritus of University of Texas Rio Grande Valley, “couldn’t think of better place to spend a special birthday.” She and Dan often do inspiring things; they helped re-build homes in New Orleans after Katrina. This time, they traveled to Cuba through Overseas Adventure Travel/Grand Circle Foundation. The tour provided guides with helpful Q&A before landing. They enjoyed the capital, La Havana, and Cienfuegos as well, enjoying home-cooked meals in the family-run paladares.

The Dearths walked around freely and were able to partake in lectures and discussions on U.S.-Cuban relations. They returned with a greater appreciation for the passion of the Cuban people about the arts and religion, to include Santería. They join Cubans in their hope for a brighter future, if only the U.S. changes its current policies of economic boycott and pressure (briefly relieved under our previous administration, now returned with a vengeance).

Another friend (and former colleague at UTRGV), Dr. Samuel Freeman recently returned from Cuba. (He does not recommend a large group on a cruise ship; better to sign up with, say, Nation magazine or another progressive group.) Dr. Freeman agrees with Dan and Carol regarding the friendliness of Cubans, although life can be difficult, especially with housing and limited additional food.

There are other pluses and minuses. Government provides guaranteed rations but they may not last a month; other food is expensive and, often, simply not available in sufficient quantities. Education is free, through college and beyond, providing one passes the requisite exams. There is no limit on field of study (and no debt for even Ph. D.s or MDs). Even books are furnished. Health care is free and the quality is comparable to the U.S., according to the World Health Organization. Cuba is well known for exporting doctors and pharmaceuticals. (They offered hundreds of doctors to the U.S. after Hurricane Katrina, but Bush refused that help.)

The Cuban government places no limits on places to visit, although the U.S. adds a daily “educational” requirement (usually with a group), which makes going and touring more difficult. Dr. Freeman hopes further normalization can continue, although he despairs with the regressive policies of the current administration. Moreover, he advises, from a strictly capitalistic point of view, the U.S. is losing out on numerous good business opportunities (and a likely trade surplus) due to the outmoded restrictions, pushed by Cruz, Rubio and other Republicans. For example, European investors finance high rise buildings, but materials are not purchased in the U.S.

Another Valley resident (and another professor at UTRGV), Dr. Arturo López-Levy (assisted by UTRGV graduate, Mr. Rolf Otto Niederstrasser), have delved further into the matter of U.S.-Cuban relations (“Five Keys to Presidential Change in Cuba,” in the Cuba/Report, Center of Hemispheric Affairs, 20 May 18). They highlight the new civilian leader, Miguel Díaz-Canel, President of the Council of State. He is much younger than his predecessors.

Afro-Cuban leadership has also been expanded. The leadership plans for increased modernization of infrastructure and the economy.  Cuba “has become more diverse and pluralistic with greater freedom of religion, travel and right to own private property”—with the ultimate goal of furthering the mixed economy. This includes greater outreach to a global world (including more access to the Internet). Obstacles faced include limited natural resources (oil) and, more importantly, Trump’s rhetoric and hostile intentions. Likewise, Florida’s right-wing Cuban Americans have, “once again, hijacked the Cuba policy.” But Cubans are nothing, if not survivors; there might be other ways up and out of their tight economic dilemma.

Tourism is part of Cuba’s planning and is proceeding apace. Yes, indeed, there is a way, right now, to (water) “ski Cuba.” There exist at least twelve “ski hotels,” near popular tourist beaches and attractions. There is even a new, innovative, “cable ski park.” Moreover, recently renovated and open is the five-star Gran Hotel Manzana Kempinski, in the heart of Havana. Plans are continuing for the renovation of the Alicia Alonso Grand Theater (she of classical ballet fame), and the José Marti Theater. These and other projects, according to Minister of Tourism, Manuél Marrero Cruz, beckon and provide stimulus for other urban development.

There are more traditional hotels, as when I visited Cuba for research into housing policy; citizens helped in the building of their own homes. I was fortunate to have a bi-lingual student assistant from Pan American University. The hotels are sunny and picturesque (plenty of hammocks), clean and usually situated close to a great beach. The famous Bodeguita del Medio (bar of Hemingway fame, still in fun-filled use) and his home are maintained well and shown with pride by Cubans.

Also, world renowned is Cuba’s avant guard film industry and art (folk and modern). Of course, there is the music, the new, and the traditional (danzón) in the Casa de Trova; luring you in is the Afro-Cuban beat of drums and singing of Santería ceremonies. I was welcomed to those rituals, as was another friend, Ms. Ileana Casanova, from McAllen, and other members of the Antonio Maceo Brigade. Jewish and Christian services are also available, and have always been.

Canadian and Spanish buses provide interior transportation around the island, as do the famous local “Wa-was;” Fidel often jumped on those local, open-air buses for a quick chat. For you auto fans, the wonderful 1950s cars, beautifully maintained, still fill the streets of La Havana; many of the taxis are Cadillacs.

So, why not go “back to the future” in Cuba, perhaps not for (water) skiing, but for strolling, having a superb ice-cream in the park, dancing, (drinking a Cuba Libre), touring the lovely island and re-uniting with the open, fun-loving Cuban people. The “industria deamistad” –the friendship industry, will pay off—for you and for Cuba. It did for the brave folks from the Rio Grande Valley of Texas. Bless their pioneering hearts. Gracias for expanding our horizons.