Six US airlines chosen for scheduled flights to Cuba 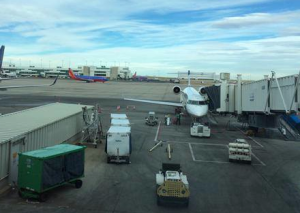 HAVANA (AP) — The Obama administration has granted permission for the first U.S. airlines to start the first scheduled flights to Cuba in more than five decades.

The Department of Transportation said Friday that six airlines have been selected for routes to nine Cuban cities other than Havana. They are American, Frontier, JetBlue, Silver Airways, Southwest and Sun Country.

Arrangements must still be worked out with the Cuban government, but the carriers say they plan to start selling tickets in the next few weeks while they wait for signoffs from Cuba.

Currently, all flights operating between the two countries are charters.

U.S. airlines have requested more routes to Havana than the 20 daily roundtrip flights available, complicating the selection process. A decision on the Havana routes is expected later this summer.