Silva and la Cruz best sportspeople in Cuba in 2017 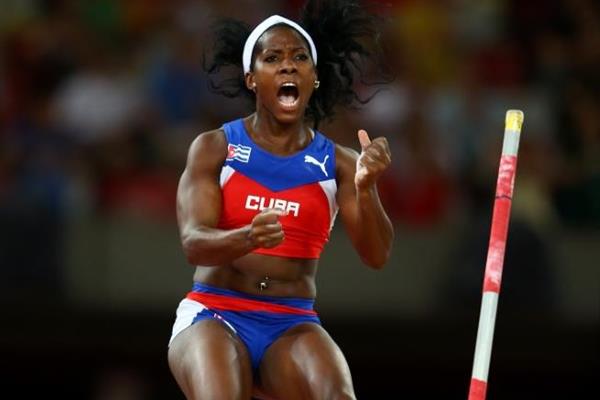 The same honor, but in team sports, went to beach volleyball player Lidiannys Echevarria and ballplayer Alfredo Despaigne, according to the votes of the National Institute of Sports, Physical Education and Recreation (INDER by its Spanish acronym) and the specialized press.

The prize to the most outstanding team was granted to the Cuba Domadores boxing squad.

Boxing deserved the award as best individual sport, and the also boxer Andy Cruz earned the condition of rookie of the year, while volleyball won the distinction of best team sport.

In the category of physical education teacher, the winner was Ceidel Torres, from Mayabeque province; while Raal Rojas (athletics) and Jorge Niebla (baseball) were the best national and international referees, in that order.

Erick Hernandez and Jhoen Lefont, both in ball control, excelled in special sports, the last one with a mention.

The prizewinners among disabled athletes were Omara Durand (most prominent), escorted by Suslaidis Giralt and Luis Felipe Gutierrez, in all cases in the sport of athletics.