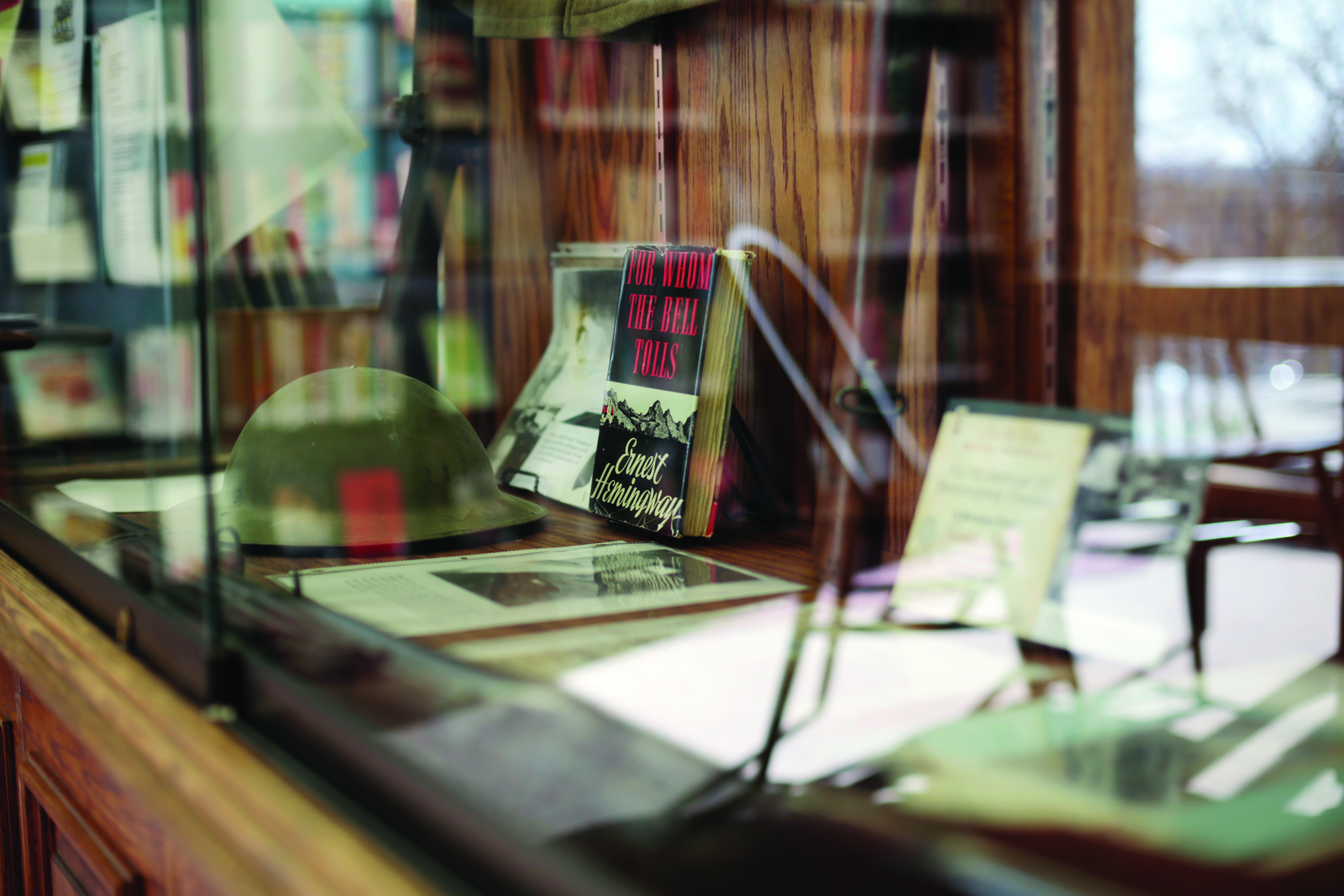 “He has become sort of like this cultural symbol in Cuba,” Gonzalez said. “The Cubans were very proud of the fact that Hemingway spent so much time in Cuba and he considered it a second home.”

The University of Idaho English department’s 7th annual Hemingway Festival will celebrate the recently-invigorated U.S.-Cuba political relationship as well as the 65th anniversary of “The Old Man and the Sea,” which Hemingway wrote while in Cuba.

During her time in Havana, Gonzalez said she began to understand Hemingway’s attraction to the area and the inspiration he drew from it.

She said people especially like going to the bars he frequented in order to be where he was.

“The atmosphere was so welcoming,” she said.

Jennifer Hawk, director of the Hemingway Festival, said they are trying to bring that atmosphere to the festival this year.

“He loved the food and drink of Cuba. We are trying to bring that to Idaho the Moveable Feast. We combined menus from two of his favorite restaurants and have created our own kind of surf ‘n’ turf Cuban meal,” Hawk said.

She said the night before the feast there will be a cocktail party, where his favorite drinks will be mixed so people can enjoy the drinks he enjoyed himself and described in his writing.

Hawk said this is the first year that the festival will be four days long, rather than the previous years’ three-day event.

Hawk said each year they bring in the winner of the PEN/Hemingway Award, to celebrate them and to also get their help in the community with readings and spreading literacy.

The 2015 winner is Arna Hemenway for his collection of short stories including a novella titled “Elegy on Kinderklavier.” Hemenway is currently an assistant professor of English in Creative Writing at Baylor University.

Hemenway said he got a lot of the inspiration for these stories from the Iraq war and what the soldiers were going through during that time.

“I got that inspiration just from being of an age where I can vividly remember the moment the Iraq war started and coming of age as that war went on,” Hemenway said. “People I knew lost songs of brothers or fathers, people were coming back injured, and people were arguing about it in the media.”

He said that, as a writer, he was mostly interested in understanding the experiences that people were having over there, and that that isn’t what we usually focus on when we talk about war.

“For instance, a lot of the stories were me doing exercises with myself, trying to see if I could come up with a way to write about what the soldiers that I knew or had read about were experiencing, and to really give that experience to the reader, Hemenway said.

Hemenway said he is looking forward to attending the festival.

“I’m especially looking forward to meeting and talking to people who love reading and people who are interested in engaging with Hemingway’s legacy,” Hemenway said.

He said he loved talking to anybody who loves reading, but that this is an extra special event.

“The fact that there’s a sole festival of all the events where the people are attending and hearing readings or writing or paying money to think about Hemingway and have these dinners and events … I think that’s a really special thing and it’s a wonderful environment to be a part of so I’m really looking forward to that,” Hemenway said.

For Gonzalez, it’s easy to see why Hemingway treasured Cuba in his own life and work.

“Cuba is a very inspiring place,” she said. “People are truly hard-working and humble and very welcoming.”

She said after decades of the country being inaccessible to Americans, she is excited for the reinstatement of the U.S.-Cuba relationship.

“I think Cuba has a lot to offer us,” Gonzalez said.

Diamond Koloski can be reached at [email protected]