Seismologists, Geologists From US, Cuba Cooperate on Research 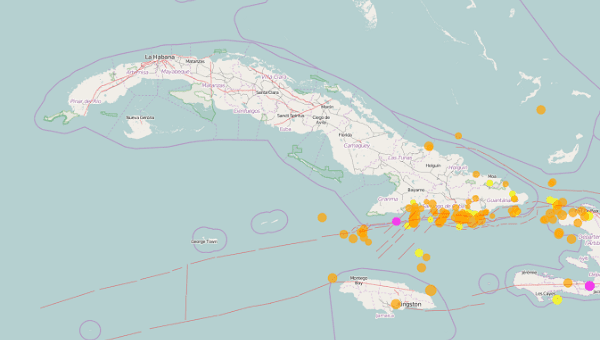 Scientists from the U.S. Geological Survey and seismologists from Cuba’s Cenais will now cooperate to share data.

June 5 (teleSUR) A group of Cuban seismologists is working with U.S. scientists in Miami, the Florida Keys and in Colorado, increasing cooperation between the geological institutions of their respective countries.

The U.S. Geological Survey (USGS) will now have access to and publish data from the Cuban National Center of Seismological Investigation (Cenais).

The Cenais data is particularly important for its access to a zone of seismological activity by the western coast of Cuba, which generally produces small and moderate earthquakes.

Researchers in the field of paleoseismology are interested in gaining access to information about an earthquake in the region in 1880 which was felt in North America.

Scientists from the two nations are now exchanging studies in tectonics, geology and monitoring techniques.

Cuban scientist Oleary Gonzalez said he traveled to the United States with a sense of national and global responsibility, and that such exchanges are important to scientists of both nations, given their close proximity.

This entry was posted in Exchanges, Normalization of Relations. Bookmark the permalink.